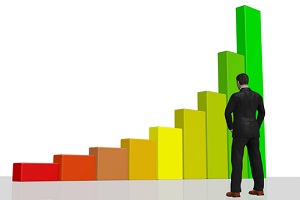 The statement came on the same day that two other Fed officials offered little insight into the timing of an interest rate hike.

The Dow Jones rallied today after Fed Chair Janet Yellen made no statements on the timing of the next interest rate hike in a speech featuring 25 uses of the word "recession."

In today's speech, Yellen discussed the possibility of more unconventional tools to prevent an economic downturn (translation: "We're throwing everything at the wall.").

Trending: When Is the Next Fed Meeting on Interest Rates?

It's no surprise, given that the Fed and other central banks around the globe are creating immense threats that are staring every investor in the eye, but too many are choosing to ignore them. When the dust settles, only one currency will be worth owning, and there's never been a better time to own it than right now. Read all about this global currency and start profiting - and protecting yourself - right away.

The price of crude oil today pushed lower after Baker Hughes Inc. (NYSE: BHI) reported another increase in the U.S. rig count. This is the 15th week out of 16 weeks that U.S. production platforms have increased. The WTI crude oil price today fell 0.7%, while the Brent crude oil price dipped 0.7%.

But the big story today was the blood-letting at Deutsche Bank AG (USA) (NYSE: DB). According to Reuters, the firm's CFO informed his staff a few weeks ago that DB could double its layoff figures. Last month, the firm said it will let go of 10,000 employees. Now, the total could top 20,000. Wall Street liked the announcement, as DB stock added 0.52%. Despite the recent optimism about the firm's capital and plans to bolster its defenses against a run on the bank, Money Morning advises investors to steer clear.