We've been following big bank earnings all year. Back in Q1, I told you that all was not what it seemed with their earnings numbers, and why they were once again a danger to the system. And in Q2, I told you that while analysts were saying it was time to invest in the "too big to fail" banks, they were still a risky investment.

So has anything changed? Have the big banks gotten any better?

Here's the skinny on the big three - whether you should buy, sell, or hold - and what to do at specific price levels... 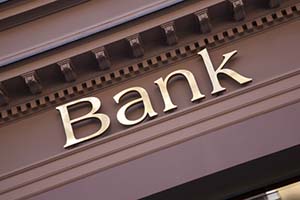 America's "too big to fail" (TBTF) banks are all bigger now than they were before the credit crisis and after the Great Recession. And they'll get bigger unless they're broken up or implode to a point where they have to be unwound in the next crisis.

U.S. banks got bigger (and are in much better shape than their giant counterparts in Europe, Japan, and China) thanks to the Federal Reserve.

Profit Opportunity: The Subprime Auto Loan Market Is About to Collapse - Here's How to Profit

The bottom line is all the TBTF banks were in serious trouble as a result of the credit crisis, most bordering on insolvency, if not technically insolvent by honest measures of their capital ratios and reserve requirements.

The Federal Reserve had to rescue them because they were too big to fail, meaning if they did fail, there wouldn't be enough money in the FDIC's rescue pool to bail out depositors in any one bank, let alone all of them, who facing failure would have seen a run on each bank as depositors withdrew their money.

What the Fed did, besides initially provide unlimited liquidity to keep the banks afloat, and as their regulator help them hide their true state of borderline and actual insolvency, was come up with a grand experiment supposed to lower interest rates to stimulate economic growth called quantitative easing.

The real purpose of quantitative easing wasn't to lower interest rates; they were already at zero. Quantitative easing was a program executed directly with the big banks whereby they could buy massive amounts of U.S. Treasuries and mortgage-backed bonds, bid up their prices, and sell them to the Fed for a profit. QE continued for years to generate profits for the big banks and long enough to give them time to sequester bad assets in "bad bank" divisions and offload them to speculators.

Here's a closer look at the big three...