New York may be the financial center of the world, and London still has the reputation of being the place to finance oil projects. But if you want to gauge the genuine pulse of the financial world's view on all matters surrounding oil, come to Paris.

The "City of Lights" is host to the International Energy Agency (IEA), along with major global banking interests that bankroll a number of worldwide energy projects, and the offices of principal OPEC-related financing funds.

As Napoleon once put it, "Secrets travel fast in Paris." But not nearly as fast as informed opinions.

That's why I'm in Paris right now, discussing energy matters with my European colleagues. And what they're telling me is very surprising. The opinion here on OPEC's current negotiations on capping oil production is unanimous.

And it can be summed up in just two words... 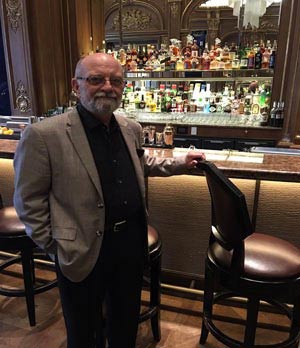 I'm writing this to you from what may be the most famous watering hole in recent history. Located on the ground floor of The Peninsula, our hotel in Paris, this room is now called "Le Bar Kléber."

But many of us simply refer to it as "Kissinger's Bar," because 43 years ago, this is where Henry Kissinger signed the Paris Peace Accord ending the Vietnam War.

Back then, it was a salon, not a bar. Still, leave it to an American secretary of state to pick this as a location for peace negotiations. For those who lived through the period, this bar has become one of the must-see "political pilgrimage" sites in Paris.

Centrally located between the Arc de Triomphe and the Eiffel Tower, the bar is nestled in the city's affluent 16th Arrondissement. That makes it easy to get to for anyone who wants to be seen in this trendy district of Paris... and makes it a very convenient place to discuss a range of contemporary issues, including OPEC's attempt to agree on an oil production cap.

The mood here in Paris on that topic wasn't what I expected...

The prevailing informed opinion in Europe today reflects what I have been saying in Oil & Energy Investor. It's encapsulated perfectly in American essayist and longtime Parisian resident Gertrude Stein's comment on her birthplace (Oakland, Calif.): "There's no there there."

That's the position on OPEC's oil freeze held by every energy commentator I know here in Paris. And their refrain is also the same.

OPEC may have announced an "agreement" to cap oil production during meetings in Algiers, expressing an intention to announce the final plan at the next regular OPEC meeting in Vienna (Nov. 30). Moscow even expressed support (for the idea, at least), and the markets moved through a brief cycle of price increases as a result.

Yet the results of meetings just held in Istanbul reveal the real situation. The consensus that could justify the market's optimism just isn't there.

You see, just as I predicted when the Algiers "breakthrough" was announced, OPEC provided at best an outline of a deal. The cartel still had to discuss brass tacks with other main non-cartel producers well before the OPEC summit in Vienna at the end of next November.

That means negotiating with Russia.

Well, the World Energy Congress met in Istanbul earlier this week and provided an opportunity for more informal meetings between OPEC and Russia. Yet when all was said the talks resulted in additional problems, not a resolution...

Iraq and Iran Could Still Scuttle the Oil Deal