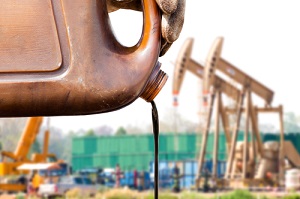 The biggest question we're receiving from readers this morning is "what is the price of crude oil today?" That's because crude oil prices have been extremely volatile this month.

The biggest factors moving oil prices this month have been a strong dollar, oversupply concerns, and worries that next month's OPEC meeting will not result in a production cut.

Editor's Note: Get the Best Investing Research Today to Grow Your Money

What Is the Price of Crude Oil Today, and What Is Moving It?

Another key concern is that even if OPEC does reach a deal to cut or cap production, it will do little to correct the oversupply issue that has been plaguing oil markets since the summer of 2014.

Production from OPEC countries is at record levels. Meanwhile, output by Russia surged to 11.1 million barrels per day in September. That was the highest level from the non-OPEC player in decades.

And then there's increasing production in the United States…

Despite the worries, prospects for a cut from OPEC have put a floor under the price of crude oil in the short term. Analysts say this should be enough to keep oil prices trading in a narrow range of $48 to $53 per barrel until the late November meeting.

For now, traders are betting on higher oil prices. Net long oil positions have been rising since mid-September, according to CTFC Commitment of Traders data.

OPEC will remain in focus over the next month as investors prepare for the next OPEC meeting. And according to Money Morning Global Energy Strategist Dr. Kent Moors, Saudi Arabia has been making some very strange moves leading up to the meeting. And they could have a major impact on crude oil prices…