Seven miles from Paris' city center, where I'm sitting right now, lies Le Bourget, a little hamlet of barely 13,000 residents. Until recently, it was best known as the location of the French Air and Space Museum.

But at the end of last year, this area became famous for something quite different.

On Dec. 12, 2015, representatives from 195 countries gathered in Le Bourget to negotiate and sign the Paris Climate Agreement, which covers greenhouse gas emissions, changes in energy structures, and energy finance.

As of the EU's acceptance this month, over 190 members of the United Nations Framework Convention on Climate Change (UNFCCC) have signed – and 81 have ratified – the agreement. That's enough for the treaty to enter into force on Nov. 4.

Now, regardless of what you might think of climate change, the Paris agreement is here, and it's about to become legally binding. Whether we like it or not, we have to prepare for it. 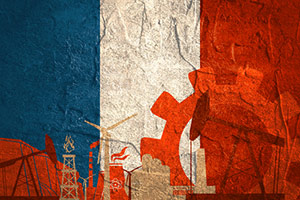 And there's no better place to find out what the deal means than Paris, the home of the International Energy Agency (IEA) and numerous financial institutions playing the energy game. But the consensus on the accord here in Paris took me by surprise.

On the one hand, there was near-unanimous agreement with one half of the climate deal. But almost no one liked the other half.

With Nuclear Power, France Has a Head Start

I've found much more support for the agreement among my energy contacts here in Paris that I expected – at least when it came to the effort to reduce reliance on hydrocarbons like oil, natural gas, and coal.

Officially, last year's Paris summit was the 21st session of the UNFCCC membership, and the conference had been working towards this deal for more than 20 years. As Article 2 of the Paris agreement states, its objectives are three-fold:

(b) Increasing the ability to adapt to the adverse impacts of climate change and foster climate resilience and low greenhouse gas emissions development, in a manner that does not threaten food production;

At least, that's the idea.

As my colleagues here are quick to point out, both France as a whole and Paris in particular had already embraced the fuel concerns addressed by last year's climate accord. France already leads the world in generating electricity from nuclear plants. About 75% of the country's power comes from that source, although there are moves to reduce it to 50% by 2025 with the introduction of more renewable power.

This commitment to nuclear power is quite remarkable. It has made France more energy self-sufficient than any other member of the EU, contributing to a rather secure ongoing policy of energy security.

But that's not the only benefit to France's nuclear strategy…