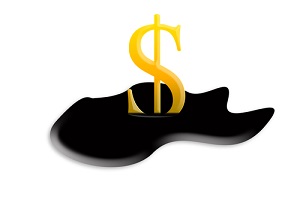 This morning, the Dow Jones Industrial Average slid as investors continue to weigh the latest round of earnings and OPEC's November meeting.

There are also concerns about the ongoing departure of Britain from the European Union (the Brexit) slowing down global economic growth.

Despite the downturn, the big news in yesterday's session was the stock rally of American Express Co. (NYSE: AXP). Shares of the credit card giant rallied more than 9% after the company easily beat earnings expectations.

Now let's look at the most important market events and stocks to watch today, plus your economic calendar, for Oct. 21, 2016.

The Dow Jones Industrial Average projected a 45-point loss in pre-market hours as oil prices fell thanks to an increasingly strong U.S. dollar. Concerns about the British sterling and the ongoing Brexit fueled a flight to the U.S. dollar.

Oil prices were sliding this morning as investors continue to speculate on the future success of OPEC's production cuts. The WTI crude oil price today fell 0.5%, while the Brent crude oil price dipped 0.4%.

But the big story in pre-market hours is the huge merger speculation posted in a report by Bloomberg. According to a report from the news agency, AT&T Inc. (NYSE: T) is in talks to merge with Time Warner Inc. (NYSE: TWX). The owner of DirecTV is aiming at expanding its reach across the country through cable markets. Shares of TWX stock rallied more than 5% in pre-market hours. Meanwhile, the T stock price slipped about 1.8%. The deal would face significant regulatory scrutiny, but it's just the latest sign that firms are looking to megamergers in order to drive growth. Although the markets have been resilient over the last eight years, companies are relying less and less on organic growth and boosting stock prices through mergers, acquisitions, and stock buybacks.