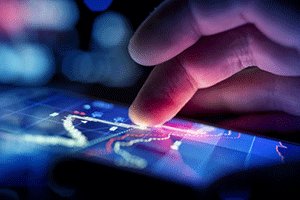 The Dow Jones Industrial Average today slipped after a downturn in healthcare and energy stocks.

Despite several positive earnings reports and a slate of merger proposals, the S&P 500 dipped on the day.

The Dow Jones fell 16 points on a choppy day of trading. Concerns about the U.S. economy emerged again today after the New York Federal Reserve downgraded its forecasts for GDP growth during the second half of 2016. The NY Fed cut its Q3 GDP expectation from 2.3% to 2.22%, while it slashed its Q4 GDP growth rate from 1.56% to 1.4%.

On the global front, the Chinese yuan slumped to a six-year low against the U.S. dollar. Markets are increasingly worried about the flight of capital from the yuan into other currencies. The dollar continues to climb as markets increasingly anticipate that the Federal Reserve will hike interest rates in December. The rising dollar hit a seven-month high and battered gold prices and silver prices in recent weeks.

Don't Miss: There's a big profit opportunity on Nov. 8 for marijuana stocks. And you can get a piece of it now…

How much is the price of silver right now? Find that answer, right here.

But the big story today was news that AT&T Corp. (NYSE: T) has engaged in advanced talks to purchase Time Warner Inc. (NYSE: TWX). Shares of TWX rallied nearly 9.5% on the news, although doubts have already spread. The deal would face significant regulatory scrutiny, but it's just the latest sign that firms are looking to megamergers in order to drive growth. Although the markets have been resilient over the last eight years, companies are relying less and less on organic growth and boosting stock prices through mergers, acquisitions, and stock buybacks.