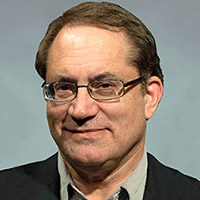 When it comes to handing out investment advice, Wall Street analysts have too much control. They regularly deliver misleading, misinformed, or flat out terrible guidance to regular investors, who can lose thousands of dollars following these "experts."

That's why elite investor Michael Lewitt has gone rogue. He's shunned those very analysts and helped others make billions using Wall Street's own tricks against it.

But you probably haven't heard of him…

You see, Lewitt believes the mainstream media has been an instrumental player in giving Wall Street its undeserved power over investors. That's why he rarely makes appearances; he simply doesn't trust the media.

So exactly who is Michael Lewitt?

He's been a top credit strategist and major player in the securities and investment industry. Over a 30-year career, he mastered the Street's techniques and saw just how badly the markets are rigged.

Now Lewitt is using his knowledge of how to "beat the Street" to help you.

Some of his most recent winning recommendations include:

Michael Lewitt's astute and unconventional market calls have garnered him a remarkable following – billionaires and working-class folks alike listen closely to his shrewd market insight. Here's what some of his followers are saying:

"Many thanks for your excellent intel and stock price prediction…I picked up 10 contracts of Nov $140 puts yesterday at $360 and closed them at over 1,100% this morning! Fantastic early Christmas present!"

"Followed your advice about buying the puts on Valeant and did quite well. Spent 3k made 18k."

"After I read Mr. Lewitt's report just yesterday I sold that put option this morning for almost a 300% gain in less than 24 hours. That has never happened to me before! What a ride!! Thank you, thank you Mr. Lewitt!"

Who Is Michael Lewitt? A "Street"-Wise Advisor Who's Handled Billions

Lewitt graduated from Brown University and was a Ph.D. candidate at Yale before earning a JD and LLM in taxation from NYU Law School. He spent two years in the tax department of Simpson Thacher & Bartlett, one of New York's most prestigious law firms.

Lewitt then joined legendary investment banking firm Drexel Burnham Lambert in 1987. At Drexel, he handled billions of dollars in M&A and corporate finance transactions until he moved on to cofound a firm of his own…

These kinds of financial successes helped Lewitt earn a reputation as the No. 1 credit strategist working.

But what he is perhaps best known for – and, according to Wall Street, most infamous for – is his savvy and subversive market analysis and predictions…

You see, Lewitt is not a traditional financial analyst. Far from it.

Who Is Michael Lewitt? One of the Credit Market's Best Analysts

Lewitt operates under a strict set of personal convictions when he recommends trades.

And these personal convictions are anything but conventional:

Because Lewitt analyzes the market's movements through a "media-skeptic" lens, he's able to extrapolate issues that the pundits and other analysts either don't know about – or don't want you to know about.

For example, he claims that the markets are overvalued by almost every measure possible right now – gross domestic product (GDP), forward P/E (price-to-earnings) ratios, and dividend yields, for example. That's not something the happy-go-lucky gurus on "Squawk Box" or "Nightly Business Report" are going to tell you.

Lewitt also challenges the Federal Reserve's ruinous approach to monetary policy and says it is sapping the vitality out of the U.S. economy.

"The fact that the Fed is hemming and hawing about raising rates by a miniscule 25 basis points for only the second time in 10 years is proof positive that it not only has no clue what it is doing, but that everything it has done over the previous decades has been destructive to economic growth," Lewitt wrote on Sept. 26. "People used to laugh at Ron Paul for demanding that we audit the Fed and then shut it down. Hell, I used to laugh at him. Now I think he had a point."

And when it comes to the mainstream media's attempts to pushed feigned optimism down investors' throats, Lewitt is the first to call "shenanigans."

And then he shows his readers how to turn a profit.

Who Is Michael Lewitt? The Analyst Who Called Valeant's Downfall

Lewitt was among the first financial analysts to raise a suspicious eyebrow when Valeant's revenue more than doubled from 2012 to 2014, jumping from $3.48 billion to $8.25 billion in just two years.

You see, Lewitt was well aware of how VRX garnered these massive profits.

"[Valeant] achieved its status as one of the fastest-growing pharmaceutical companies in the world while taking advantage of every conceivable legal and tax loophole available," Lewitt wrote to his Sure Money subscribers on Oct. 15, 2015.

Lewitt knew it was only a matter of time before the pharmaceutical giant's scheming ways would be exposed.

What happened next put Michael Lewitt on the map…

Just hours after he wrote to his followers, news broke that Valeant was under federal investigation in two states for its drug-pricing practices, and the stock plummeted as much as 31% in a single market session.

Mainstream analysts remained bullish on Valeant, however, even as shares tumbled 50% between October 2015 and January 2016.

Lewitt saw through this analyst hype. He knew Valeant's stock would continue to plummet, and he showed his readers how to play it.

On Oct. 30, 2015, he recommended that investors buy VRX March 18 $50 puts at about $3 to "take advantage of the greed and arrogance of this rotten company," Lewitt wrote that day.

Then, on Jan. 13, 2016, Lewitt suggested investors buy VRX June $50 puts. At the time, they were changing hands at $2.50. "There was plenty of upside left in the Valeant train wreck," Lewitt said about this recommendation. "I saw the handwriting on the wall." 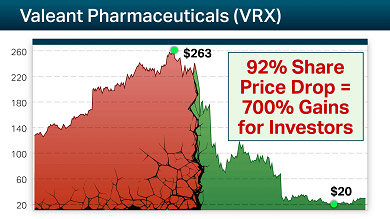 And he was – not surprisingly – right on the money…

By March 8, 2016, the VRX March 18 $50 puts were trading at $6.10, which meant readers who were following along better than doubled their money. He recommended investors consider selling the puts at $6.10, because they were close to expiring.

And that's when the ceiling fell in…

On Tuesday, March 15, Valeant announced it wouldn't be able to file its U.S. Securities and Exchange Commission 10-K forms and might default on debt obligations. Many of the embattled pharmaceutical company's shareholders finally threw in the towel. Volume topped 71 million shares as sellers drove the stock down another 51% to just under $33.50.

After the win with Valeant, Lewitt searched for the next opportunity for his subscribers to cash in.

And he's just found it…

Now Lewitt has a fresh trade trick up his sleeve. One that will reveal how investors can find stocks that have a 94.5% chance of working in their favor.

He has identified a very specific type of trade that allows investors to repeatedly extract tens of thousands of dollars as particular stocks face certain death.

And it's not shorting stocks, by way – it's something altogether different.