There are seven upcoming IPOs this week, and they're expected to raise a total of $2.1 billion, according to Renaissance Capital, a manager of IPO-focused ETFs.

The seven companies with upcoming IPOs this week include a Chinese shipping company and a maker and marketer of golf equipment. Also on tap: two biotechnology companies and three technology firms. 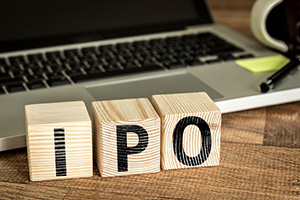 The largest upcoming IPO this week is ZTO Express's (NYSE: ZTO) proposed $1.3 billion U.S. offering. Shanghai-based ZTO Express is a premier Chinese express delivery and logistics company and has been in operation since 2002. Its sales for the year ended June 30, 2016, totaled $1.2 billion.

Special: This tiny stock could double its current price - and also save a dying industry. Click here to learn more...

Here's a look at the rest of this week's upcoming IPOs...

Massachusetts-based Acushnet Holdings (NYSE: GOLF) is coming to market this week with an IPO of $435 million. Acushnet manufactures and markets equipment for golf under a variety of brands, including the well-known Titleist.

Several biotechs with promising treatments are also on the IPO calendar this week. The first is Myovant Sciences (NYSE: MYOV), with a $176 million IPO. Bermuda-based MYOV, a newly formed company, is engaged in creating an acquired therapy for endocrine disorders and in women's health.

The other is venture capital-supported Ra Pharmaceuticals (Nasdaq: RARX), which develops small molecule therapies for rare blood immune disorders. It will be coming to market with a $75 million IPO. RARX is located in Cambridge, Mass.

The biotech began in 2008. Sales for the year ended June 30, 2016, were $7 million. Ra Pharmaceuticals is offering 5.8 million shares priced between $12 and $14 per share. Insiders will be purchasing $30 million of the offered shares.

Woodland Hills, Calif.-based BlackLine (Nasdaq: BL) is in the market to raise $120 million. Its product is a cloud-based platform for automated quarterly financial reporting. The company reported sales of $102 million for the 12 months ended June 30, 2016. It was founded in 2001. BlackLine is backed by Silver Lake. BL financials indicate it has yet to reach profitability.

Finally, Full Spectrum (Nasdaq: FMAX) is coming to market for $15 million. FMAX is a small telecom equipment company whose products are developed and sold to private cellular networks. FMAX is based in Sunnyvale, Calif.