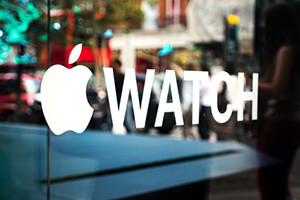 This morning, the Dow Jones Industrial Average is on the rise as investors begin to evaluate earnings reports from Caterpillar Inc. (NYSE: CAT), Under Armour (NYSE: UA), and General Motors Co. (NYSE: GM).

This week will be the busiest of earnings season as one-third of S&P 500 components provide quarterly reports.

Even though earnings data has been positive thus far, a group of economists says there is a 20% chance of a recession within the next 12 months.

Low interest rates, the slowdown in China, and the fall of the pound could all be leading us straight to a recession. But Money Morning Options Trading Specialist Tom Gentile warns about another factor that could push the economy into a recession.

What is that recession driver? Find out, right here.

On Monday, the Dow gained 77 points after another round of mergers and acquisitions and a strong day of earnings reports. Investors are increasingly optimistic that we may emerge from an earnings recession that has battered corporate America.

Now let's look at the most important market events and stocks to watch today, plus your economic calendar, for Oct. 25, 2016.

The Dow Jones Industrial Average projected a 10-point gain at the opening bell. Blue-chip heavyweights are set to report quarterly earnings, while the markets continue to monitor the progress of one of the largest telecommunications mergers in U.S. history. Expect a busy day for housing stocks thanks to the release of the S&P CoreLogic Case-Shiller composite index. Wall Street anticipates that housing prices in 20 metropolitan areas have remained unchanged on a year-over-year basis.

The price of crude oil today rose despite uncertainty about the OPEC-Russia deal. Traders are looking ahead at today's round of economic data, which includes an update on U.S. inventories from the American Petroleum Institute.

The WTI crude oil price today added 0.5%, while the Brent crude oil price gained 0.2%. On Monday, Iraqi oil leaders demanded an exemption from the production cuts set by the global oil cartel. The war-torn country says it needs as much money as it can earn from oil in order to combat ISIS.

But the big story in pre-market hours is the problems with the Affordable Care Act. On Tuesday, the U.S. government reported that Obamacare premiums will surge at least 22% for a benchmark silver plan in 2017. It's the latest blow to the healthcare exchanges created with the passages of the law. Of course, some politicians are pushing single-payer healthcare as a solution to a problem that they created. The problem, however, is the massive cost of such a plan. Here's what a single-payer system would do to your taxes.