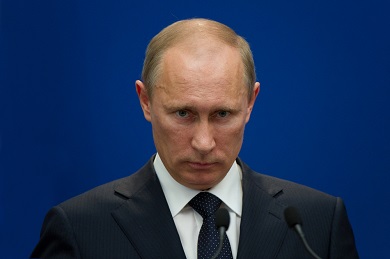 On Oct. 7, Director of National Intelligence James Clapper announced what many cyber experts had long suspected…

High-level officials in Moscow had authorized Russian hackers to breach the Democratic National Committee and other campaign-related websites, including voter registration databases.

"The recent disclosures of alleged hacked e-mails on sites like DCLeaks.com and WikiLeaks and by the Guccifer 2.0 online persona are consistent with the methods and motivations of Russian-directed efforts," Clapper's announcement read. "These thefts and disclosures are intended to interfere with the U.S. election process."

If Russian hackers are indeed making an effort to disrupt the U.S. election, then mission accomplished — they've certainly done some damage the past few months:

With all these leaks thus far, it wouldn't be a stretch to imagine another will come as we approach Election Day.

In such a tight race, it wouldn't take much for Russian cyber hackers to throw the election either way if they wanted to.

Considering Trump and Putin's history of publically admiring one another, it's safe to assume that if Moscow hackers were to "fix" the election, they'd do so in favor of the bombastic billionaire.

That's because Pennsylvania and Florida are two big battleground states that use electronic voting machines but, in some areas, do not use verifiable paper audit trails as well.

Specifically, hackers would have to manipulate these voting machines' software to make it read like more voters opted in favor of Trump than Clinton. Without paper records, there'd be no way for auditors to prove a machine was hacked because they wouldn't be able to compare the machines' data against the paper results.

Because there would not be any paper results.

In fact, 13 other states lack paper audit trails in either all or some of their voting precincts:

How had hackers managed to temporarily wipe out several websites at once?

Money Morning's Director of Defense & Venture Capital Research Michael A. Robinson explains how it all happened, why it will continue to occur, and where the profit potential lies in these "cyber war" tactics…