As I told you earlier, investors are fleeing hedge funds in droves due to gross underperformance in the face of over-the-top fees.

In fact, the industry as a whole hasn't seen anything like this since 2009 – maybe ever.

Ironically, the pain hedge funds are facing, based on the pain their trades have inflicted, holds the answer not only to their survival, but to an almost sure miraculous revival.

Understanding what's gone wrong at hedge funds, how crowding into the same trades, staying too long in trades when cash registers should have been ringing, and how underperformance led to fee wars and investors fleeing for passive index funds, produces the roadmap funds have to follow to make a comeback.

And it shows average Joe investors how they can play the same profitable future.

Let me show you what I mean… 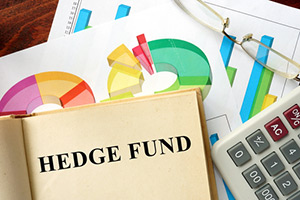 It's not just 2016 that's been tough for hedge funds. Investors in hedge funds and hedge fund managers would like to forget every year since 2008. But they can't.

According to Bloomberg, the S&P 500 Index, sometimes referred to as "the market" which investors can invest in by buying an indexed mutual fund or a low-cost ETF, outperformed the weighted-composite index of hedge funds every year since 2008.

From 2009 through the first quarter of 2016, hedge funds underperformed the S&P 500 by a whopping 51 percentage points.

It's bad enough investors are underperforming basic indexes, but adding insult to injury, they're also paying exorbitant fees to managers to be in the losing game.

Typically, hedge funds charge a 2% management fee. That annual fee, based on assets under management, which is usually collected on a quarterly basis, is paid to the manager regardless of gains or losses.

On top of the management fee, hedge funds take a healthy piece of the gains they generate.

Historically, the performance fee charged is 20% of profits.

The so-called "2 & 20" fee structure has been the standard for hedge funds for decades, though some very successful funds have charged a higher management and a higher performance fee. I've seen funds charge a 3% management fee and up to a 50% performance fee!

Investors have been aggressively negotiating down both management fees and performance fees in the face of pure ugliness. While 1% & 15% fee structures are becoming more prevalent, managers sometimes negotiate fees with different investors, providing they're allowed to do that according to their fund disclosure documents.

But no matter how low a fund may be willing to drop its fees, investors have had enough.

The first giant institution to split from the hedge fund universe was the California Public Employees Retirement System, CalPERS, which in January 2104 started throwing in the towel. Over the past 20 months, CalPERS exited 24 hedge funds and six fund of funds, withdrawing about $4 billion from the industry.

The giant New York State Common Retirement Fund, one half of a two-fund complex that has $181 billion in assets, lost $3.8 billion as a result of hedge fund underperformance and exorbitant fees, according to a just-released report from the New York Department of Financial Services. The system stopped investing in hedge funds last year and has withdrawn $1.5 billion this year.

So far in 2016, the Kentucky Retirement System has taken back $1.5 billion from hedge funds. The State of Massachusetts is cutting back all its alternative investments. College and university endowments are cutting back their hedge fund exposure on an almost daily basis.

According to the Credit Suisse Mid-Year Survey of Hedge Fund Investor Sentiment, a study of 200 hedge fund allocators directing $700 billion of investment capital, 84% of investors in hedge funds pulled money out in the first half of 2016. And 61% said they will probably make withdrawals later in the year.