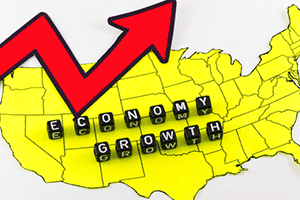 This morning, the Dow Jones Industrial Average is on the rise as investors weigh pre-market earnings reports from several big companies and the first estimate of Q3 GDP.

As a busy earnings week winds down, expect investors to turn their attention back to the Federal Reserve. The U.S. central bank will kick off its meeting on monetary policy on Tuesday.

Markets do not expect the Fed to raise interest rates.

However, the markets have placed the odds of a rate hike in December at nearly 79%.

On Thursday, the Dow Jones fell 29 points after a round of lackluster economic data rattled investor sentiment and real estate stocks slumped nearly 2%.

Now let's look at the most important market events and stocks to watch today, plus your economic calendar, for Oct. 28, 2016.

The Dow Jones Industrial Average projected a 21-point gain as investors eye key economic data and earnings reports from two of the world's largest energy companies. The 2.9% jump in Q3 GDP is one of the best readings in years and topped consensus expectations of 2.5%. Expect a lot of chatter about what this means for the Fed later today.

Editor's Note: Our readers have a special profit opportunity with only days left to get the details…

Look out for the University of Michigan Consumer Sentiment report later this morning to gauge how Americans are feeling about the state of the economy. This update is the last monthly report before the 2016 presidential election.

The price of crude oil today is falling again as traders grow increasingly skeptical of OPEC implementing its upcoming production cuts. Iraq's demand for an exemption to the deal has thrown a wrench into the global oil cartel's plans to help boost prices by capping excessive production. Declining sentiment places even greater pressure on the cartel as it prepares for its next meeting in November. Here's the latest on the next OPEC meeting and what it means for oil prices.

But the big story in pre-market hours is Amazon.com Inc. (Nasdaq: AMZN). The e-commerce giant saw its shares sink more than 4% to a two-month low after the firm offered a weak earnings report and troubling forward guidance heading into the holiday season. The company says that substantial investment will likely drag down profits during the fourth quarter.