The energy markets are fixated on the Persian Gulf and OPEC's "cap" negotiations… and whether Iraq will end up scuttling them.

Now, these negotiations are crucial to future oil prices, but they're not the biggest story in energy right now.

The truth is, there are some incredibly important events underway that almost no one is paying attention to.

It's practically happening in America's own backyard…

A few years back, Argentina was set to become the next hotspot in the global shale sector. There had been a discovery of huge deposits that spurred rumors of a natural gas boom.

As with most developing countries, especially in South America, the Argentinian power generating network has been falling further and further behind the rise in local demand. Those big deposits held the promise of more than adequate coverage of domestic needs, with enough left over for substantial exports.

This bonanza was found in the so-called Vaca Muerta formation, believed to be one of the world's largest shale gas deposits. All things considered, Vaca Muerta has at least 27 billion barrels of recoverable oil, and more than 800 trillion cubic feet of natural gas, according to current estimates. 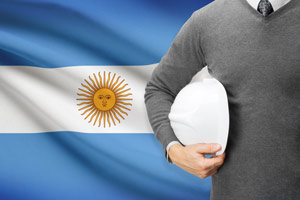 he northwestern part of the country.

But after having already committed $250 million over the summer, Exxon Mobil has now acknowledged that the final development budget could end up well north of $10 billion over the next two to three decades.

Part of the reason for the high costs and long time frame is the enormous size of Argentina's deposits. According to the last U.S. Energy Information Administration (EIA) global survey, Argentina has the second-largest shale gas reserves, and the fourth-largest shale oil reserves, in the world.

With reserves that huge, you'd think that Argentina would be pushed into an energy leadership role in the region.

That's likely to happen, but it won't be as fast as return-hungry energy investors were hoping.

Argentina can be a tough place to do business.

For one thing, the country's wider financial difficulties have intervened to frustrate development plans. The Argentinian peso has had a very volatile 2016, there have been banking irregularities and interruptions, inflation has been spiking, and last but not least, a long-standing tradition of outright public sector fraud seems to have resumed.

Argentina is short on transparency, too, especially when it comes to exploiting natural resources. Laws and regulations are rarely uniformly applied, and usually have a pronounced, ongoing need for "interpretation." This often has to happen on an ad hoc basis, with little likelihood of a similar result the next time around.

This perfect storm adds up to ballooning project budgets, lengthy delays, and general, across the board inefficiency.

Nevertheless, Argentina's pressing need for more energy isn't waiting for its bureaucracy to shape up or its financial problems to go away. It's getting hungrier by the day.

And that has forced some creative solutions…

The deposit that you mentioned in the report isn't in there northwest of Argentina in fact Vaca Muerta and also YPF's fields are located in the northwest of Patagonia region.

In other words Central West region

Shouldnt forget bout nuclear. Cant talk bout diversifying the energetic matrix without considering ALL of energy sources. Should tale a look at whats going on with nuclear in argieland right now.. might even understand the way argetina works a bit more!