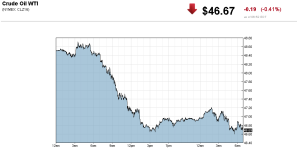 Gold prices are posting decent gains in early U.S. trading, on some chart-related buying interest, the weaker U.S. dollar index on this day, and on perceived bargain hunting.

In other overnight news, the U.K. Markit purchasing managers index came in at 54.3 in October, which was better than expectations and another sign that the British economy continues to hum right along after the Brexit vote in June.

The Federal Reserve's Open Market Committee (FOMC) meeting begins today and ends Wednesday afternoon with a statement. The majority of the marketplace believes the Fed will not raise interest rates at this meeting, but will wait until the December meeting to do so.

Big economic events later this week include the Bank of England's monetary policy meeting Thursday and the U.S. employment report on Friday.

Spot gold prices on Kitco.com is seeng some renewed buying pressure Tuesday morning, hitting their highest level since the 5% selloff at the begining of the October. Overnight prices hit a low of 1,276.10 an ounce and are trading near session highs at $1,288.90 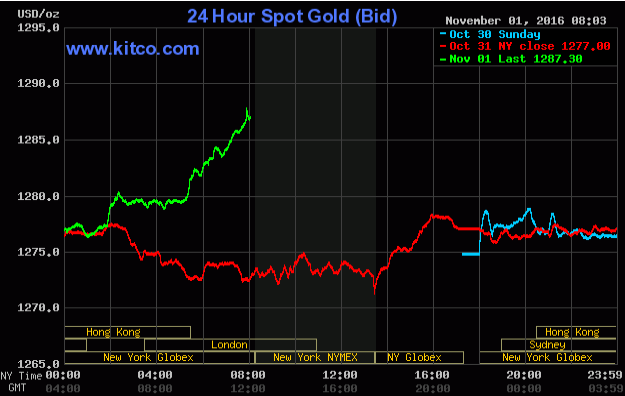