I've been telling you for weeks that hedge funds have been bleeding cash – not just during 2016, but for the past 10 years or more.

And in our in-depth analysis of hedge fund performance – what historically made them extraordinary, and moreover, what they're doing lately that's undermining performance – yields an easy-to-follow roadmap leading to both investing and trading success.

That's because these days, with markets being manipulated, being gamed, and being chased by too many hedge funds (and too many mutual funds), employing too many of the same strategies, getting into too many of the same stocks, and getting out too late means generating big returns requires a hybrid investing and trading strategy.

Employing both short-term trading and long-term investing strategies that incorporate what's worked and what hasn't worked is the best way to make tons of money today.

But the news is better for some investors than others. 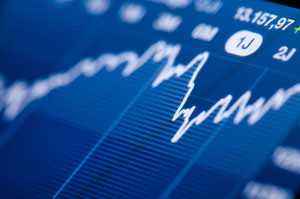 The truth is, today it's easier for individual investors to make money running their own personal hedge funds than it is for the big boys to swing for the fences.

That's because nimble investors who know what big hedge funds and sloth-like mutual funds are doing right (and wrong) can actually mimic, "fade," and front-run funds into and out of positions.

It's not hard, it just takes a little work.

Here's why and how you should sometimes mimic, sometimes fade, which is a Wall Street insider term for "do the opposite" and always front run funds in and out of trades.

It's entertaining and enlightening work.

Making money has always been a passion of mine. Even though I retired from the hedge fund business (frankly, because it's a 24/7 job and because I don't have to work anymore and like sharing my days with family and friends), I still exercise my passion every day for the business.

I read a lot. I follow what my hedge fund friends are doing. I talk to a lot of big investors.

That's the kind of work I'm talking about. That's how you research the trades you're going to make in your own personal hedge fund.

Here's how you exercise your own passion to make money.

The analysis I laid out here over the past couple of weeks shows that hedge funds are crowding into too many of the same positions. So knowing who's in what and how big their holdings are is a big part of your basic research.

Big institutional investors who oversee pools of $100 million or more in assets are required to file quarterly 13F forms with the SEC. All of those 13Fs are available for free on EDGAR, the SEC's web search portal. Available in both HTML and XML form, the filings list all of the fund's long equity and option positions.

While you can get all that information for free, it's a slog to get through unless you set up your own spreadsheets with sifting mechanisms, which isn't exactly easy. Luckily, there are web accessed "products" that distill the kind of data you'll need. For instance, Whale Wisdom tracks hundreds of hedge funds and provides analysis on several years of 13Fs. It also provides 13F backtesting and even scores funds based on performance. Either way, 13F information is required research.

While it's true that 13Fs are filled out at the end of a quarter and managers could have already moved out of those positions, you can look back at trading volume and price action over the preceding quarter and make some assumptions about money flows in or out of stocks.

But that's more granular. I do that, but you may not have time or the tools to calculate what could be net changes in hedge funds' positions. Generally, what you don't know doesn't hurt you because you'll be looking at positions held by a lot of funds, and it's not likely they've all already moved on.

Also, 13F filers don't list their "short" positions. So it's hard to tell if they are short as a hedge against the long positions you can see. While it would be great to see their short positions, there are other ways to zero in on shorting opportunities, not by the way to short them, but to actually fade the shorts and buy them (I'll tell you more about that soon).

Make Overcrowding Work for You