As you read this, Marina and I are flying out to Seattle for something we do several times a year - spoiling two of our grandkids. The other two live in Germany, which requires its own distinct spoiling campaign.

Now, I regularly serve as the sounding board for a wide gamut of observations from all types of sources. It seems to come with the territory. And as we were traveling to the airport, I was reminded of some very startling rumors I recently heard about OPEC's oil cap negotiations.

What I'm hearing now suggests that, in addition to another meeting between OPEC and Russia, there is now an attempt to get OPEC and U.S. producers to sit down at the same table.

And that's not the only reason why these rumors (if true) are so startling...

You see, the reason why this has never happened before goes to the very heart of the U.S. oil industry...

There's Been No Word on U.S. Involvement from My Saudi Sources 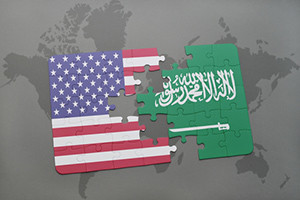 This particular piece of information comes separately from three usually reliable contacts. Of course, in matters like these, it is difficult to determine whether these are genuinely independent sources with access to their own information, or just several mouths repeating the same rumor.

After all, between a World Series and the rising exhaustion of a particularly distasteful presidential election, there is a lot of room to spin tales.

Now, I haven't heard anything about this U.S.-OPEC meeting from my usually reliable sources in Saudi Arabia or the United Arab Emirates, sources that tend to be "in the know" about such developments. Still, even these sources have been sounding evasive lately.

And that just makes me even more curious.

The rationale for such a meeting is quite straight-forward. The absence of American oil producers in the global conversations leading up to an oil production cap has been like avoiding an 800-pound gorilla in the room...

Tricky, to say the least.

Some analysts considered the initial Saudi-led OPEC move almost two years ago to defend market share and let prices drop, instead of defending oil prices by cutting production, to be directed against U.S. producers of new unconventional crude (shale and tight oil).

But the real target was different...

In my view, the more immediate target of OPEC's move was Russia, and the battleground was the Asian market. This is where the global energy competition has been moving. Asia will be the primary driver of global demand over the next several decades.

By reducing their prices, the Saudis made it hugely expensive for better grade Russian crude to move along the new East Siberia-Pacific Ocean (ESPO) export pipeline for transit to Asia. Turning that pipeline off would remove a primary impediment to continued Saudi/OPEC dominance in the Asian market.

Nonetheless, the sudden rise of new U.S. volume in the market certainly would have changed calculations of supply to meet demand, although it remained indirect at best. That's because in late 2014 the only real impact rising American production had on global trade was how it affected U.S. import levels.

We had Congress to thank for that...