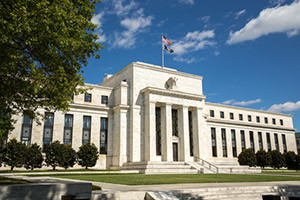 There was no big surprise from the FOMC meeting statement today after the U.S. Federal Reserve ended its closely watched two-day policy meeting.

As widely expected, the Fed left interest rates unchanged. Heading into the meeting, market odds of a rate hike at today's Fed gathering were just 7.2%, according to CME Group's FedWatch Tool.

Here are the key highlights from the November FOMC meeting…

Every word in the Fed's statement will be picked over for days for clues of when we can expect the next interest rate hike. Market odds of a rate hike in December were 68.4% prior to the meeting. Following the FOMC meeting statement, the odds rose to 71.5%.

Don't Miss: This penny stock has much more than just triple-digit profit potential…

It's looking increasingly likely that we will get an interest rate increase next month. But there is plenty of economic data that will be released before then that could change that scenario.

If the Fed does raise rates at the December FOMC meeting, we could see a similar reaction in the markets as we saw last year. In the six weeks following the rate hike in December 2015, the markets fell 10%…

What a Fed Rate Hike Means for Investors Now