[Tokyo] – I was in Tokyo last week when Philippine President Rodrigo Duterte came to town for a pow-wow with Japanese Prime Minister Shinzō Abe, and I couldn't believe what I heard.

As always, the mainstream media focused on who said what and, in doing so, missed out on what was really "said."

Today I'd like to tell you what they're not picking up on, and how to profit.

Profit from What the Press Doesn't Report 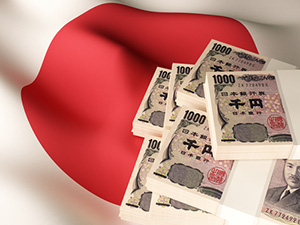 The mainstream media is exceptionally good at reporting what happens during state visits like this one, but very rarely do they go beyond who said what. Like so many things in Asia, journalists – and western journalists, in particular – fail to grasp the subtleties. Not surprisingly, that's where the real story usually is.

Here, more than any other place in the world, you've got to know how to read between the lines to get at the real meaning of anything that's said. I can personally vouch for how hard that is, having spent more than 25 years in Japan as a businessman, a husband, and a father.

Profit Opportunity: Double Your Money as This Company Takes the Fight to America's Enemies

There are both literal and figurative translations to contend with. All too often, inexperienced commentators – and even some experienced ones – will provide one without the other.

Context is everything in this part of the world.

The Japanese language, you see, comes from context-driven lexical borrowing, while Western romance languages stem from the logically oriented Proto-Indo-European language family – which is a fancy way of saying English is very blunt while Japanese relies heavily on symbolism and context.

That's not exactly something you can explain in a 10-second sound bite, so most news programs don't bother and cut right to who said what when the real meaning is in the symbolism associated with those words.

Take President Duterte's comments, for example. He called Americans "stupid" during a meeting with Filipinos who live in Tokyo prior to sitting down with Prime Minister Abe. I have no doubt he meant every word he said.

Then he followed up with even more fiery commentary, saying that the Philippines does not need American bombers nor airports to host them while speaking to an audience of Japanese businessmen. Chances are, he meant that, too.

Prime Minister Abe's comments were far more nuanced, especially when it came to Japanese-Philippine relations. He noted repeatedly that the two nations will work together, observing that the two leaders have "confirmed the importance of a peaceful resolution" to China's regional maritime interests, which are a source of growing frustration in the region. Then he told reporters that he "welcomes" Duterte's recent visit to China because it will improve bilateral relations between Beijing and Manila.

Did you catch that?

Duterte is clearly signaling a changing of the guard and makes no bones about it. Abe is playing peacemaker, using language designed to assure Japanese, Chinese, and Filipinos alike that long-standing animosities dating back to WWII are being put to rest even as the United States is being put out to pasture.

At the same time, the specificity of the words he's chosen – "peaceful resolution" and "welcome" – telegraph a willingness to play along to a Chinese government that's watching this visit very, very carefully. Abe knows that his remarks will be boomeranged from Japanese into English and from English into Chinese and he understands precisely which words will come out on the other side.

Effectively what he's done is reinforce his implied willingness to play along without any of the three parties – the Philippines, China, or Japan – losing "face." That's important in all three cultures because it's a way to make progress yet not strain already tense relationships that is almost uniquely a U.S. foreign policy tool.

There's a lot at stake.

Japan and China are both angling for a chunk of the estimated $1 trillion in mineral resources that the Philippines has on offer and which Duterte wants to develop. Most of that is concentrated on the island of Mindanao which, not coincidentally, is also known as the "Fruit Basket of the Philippines" for its rich biodiversity.

Right now Japan has the inside track, having pumped nearly $10 million into the island's infrastructure through the Japan International Cooperation Agency, or JICA for short. But China's in the hunt, having built a power plant and working to connect various island-wide railway systems.

Japan reportedly has ¥5 billion on the table, while China has upped the ante $6 billion as an opener. And the United States has – ta da – zilch on offer. Instead, our country is acting as if international cooperation is some sort of manifest destiny – a posture that is not lost on the Japanese even though they have been our allies for decades, incidentally.

I see two ways to play this right off the bat.

Like the diplomats, I think you come at this from both sides, initially nibbling in but then making progressively larger investments as money mirrors diplomacy.