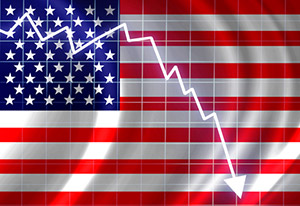 As Americans head out to vote for the two most unpopular candidates in history, many investors worry the election could trigger a stock market crash today.

Investors aren't optimistic about either candidate, and that's creating volatility in the market.

And markets have already been showing signs of investor fears. In fact, some investors are wondering if we could see a stock market crash after the election.

Despite a strong rally today (Monday, Nov. 7), the S&P 500 has dropped 2% since its October high. Bloomberg reports the S&P 500 has typically risen in the five days before the election. If the S&P 500 holds steady, this will be only the third time since 1928 the S&P 500 dropped before an election.

Other indicators show similar signs of volatility. Gold, a safe haven from volatile stocks, reached a one-month high on Nov. 2, jumping nearly 3% after news broke the FBI had found more emails related to Clinton's private email server. The U.S. dollar hit a three-week low last week, when the U.S. Dollar Currency Index dropped to $96.89, a 2.6% drop from its October high.

These all show how volatility has increased as Election Day approaches. And whenever volatility spikes, fears of a stock market crash do, too.

That's why with voting just one day away, investors need to be prepared for the possibility of a stock market crash today.

Why a Stock Market Crash Today Is Possible

No matter who the eventual winner is Tuesday, investors could end up fleeing stocks in search of safer alternatives.

Don't Miss: See why it's time to go big on gold…

This has happened during past elections when a new president is elected, though on a smaller scale.

This time could be much worse. Here's why…

There are already warning signs in the market now, and the election is only causing more volatility. The biggest danger is the stock market is massively overvalued.

Instead of economic growth fueling a rising stock market, which is sustainable, recent stock market highs have actually been fueled by the Fed's low interest rates. That's extremely dangerous for the markets.

Current FOMC interest rates are at 0.50%, down from above 5% before the global financial crisis of 2008. Such drastically low interest rates push investors into buying stocks in order to get a decent return on their money. That has artificially boosted the price of most stocks.

This situation already has investors nervous. When the Fed raises rates, it could pop the stock market bubble. Right now, the CME FedWatch Tool projects there is a 76.3% chance of an interest rate hike at the December FOMC meeting.

An overvalued stock market combined with the election of one of the most unpopular presidential candidates in American history could be explosive.

how to protect money from the stock market crash due to 2016 elections.