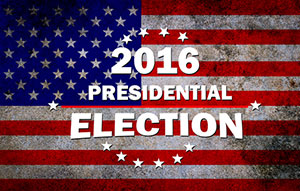 This morning, the Dow Jones Industrial Average was sliding as investors prepare for millions of Americans to head to the polls.

The elections are weighing on the market. But that can be a good thing for educated investors who understand the technical. Money Morning Technical Trading Specialist D.R. Barton breaks down the latest speculation about the election and what investment opportunities are forming.

Money Morning Chief Investment Strategist Keith Fitz-Gerald, a 34-year veteran of global markets, sees a "beautiful setup for a stock market rally" in the making after this election.

On Monday, the Dow Jones surged 371 points after the FBI cleared Hillary Clinton in its latest email probe. In a letter to Congress on Sunday, FBI Director James Comey said that the agency had "not changed its conclusions" that it reached in July about Clinton's intent to send sensitive government material across her private email server.

Overall, risk appetite has increased with the announcement. Here's why.

The Dow Jones Industrial Average projected a 10-point decline this morning as investors await the results of today's national election. Market expectations call for a Clinton victory over Donald Trump. According to FiveThirtyEight, the odds of a Clinton victory sits at 71%. However, many don't expect a down-ballot sweep for Democrats. Current projections call for Democrats to win the Senate but Republicans to win the House of Representatives.

Money Morning Global Credit Strategist Michael Lewitt explains that the markets don't want Donald Trump, but they can't handle Hillary Clinton. That's why he recommends that you follow this strategy to make money no matter who wins today.

Don't Miss: This Penny Stock Could Double Your Money - and Save a Dying U.S. Industry. Read more...

Valeant Pharmaceuticals International Inc. (NYSE: VRX) stock cratered another 8.2% this morning to a 52-week low after the Canadian pharmaceutical firm fell well short of Wall Street earnings expectations. VRX stock fell to its lowest level since 2010 after the firm slashed its full-year outlook. Many Wall Street titans continue to bleed cash after doubling and even tripling down on this failing company, but Money Morning Global Credit Strategist Michael Lewitt has long argued that Valeant is headed toward bankruptcy.

The price of crude oil today is on the move during the U.S. election. Dr. Kent Moors, Money Morning's Global Energy Strategist, notes that the oil market is currently seeing a high level of volatility because of the election. The crude oil volatility index hit 45.34 on Monday, its highest level since September. Here's Kent's latest insight on crude prices and today's big election.

Up Next: Access our top five investing research reports to help you grow your money and achieve the kind of outsized returns that will set you up for a healthy retirement. These reports feature our best profit-boosting strategies and stock picks. Get them, right here.