Millions of investors are understandably consumed by today's presidential election. They're trying to figure out which sectors and companies will benefit most and how to protect their money... 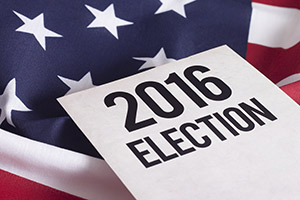 Investors who "voted" with their money back then - like many folks are trying to do now - got taken to the proverbial cleaners. Many damaged their portfolios to the point where they'll never recover.

Ergo... politicizing your portfolio almost never works out. The only guarantee that comes from trying to overcome past choices is depriving yourself of future returns.