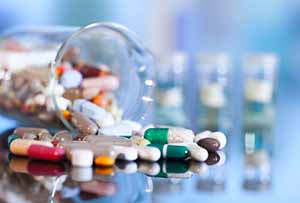 Shortly after today's open, the Valeant stock price was down 20% to $13.80. That marked its lowest level in at least six years.

Here are the key highlights from the disappointing Valeant earnings report...

Why Valeant Stock Is Down: A Look at the Numbers

Editor's Note: This penny stock has much more than just triple-digit profit potential...

The bad news did not stop there. You see, there is another reason Valeant stock is down today...

Revenue is projected to decline as it loses exclusivity in its heart drug, Nitropress, and other neurologic assets. The company also expects additional pressure on its generics business.

Valeant said it is a company in transition. But it was quick to add that a turnaround improvement will take longer than expected.

Yet it was the statement from new Chief Financial Officer Paul S. Herendeen that was most unsettling.

"There could still be surprises yet to be discovered," Herendeen told analysts in his first conference call to present quarterly earnings.

Money Morning has been bearish on Valeant stock since the summer of 2015.

We became worried early on about the company's predatory and unethical business practices of buying smaller drug companies and hiking the prices of newly acquired drugs. Later we became increasingly concerned about the $17 billion of good will on its balance sheet and its weighty debt load. And then all the regulatory investigations began.

Profit Alert: You can profit no matter who wins the presidential election this week. Here's what you need to know after the election is decided...