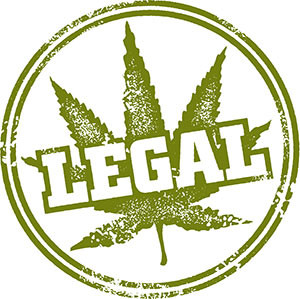 Here's the first on our list of marijuana stocks to watch in 2017...

These are the two other companies in the marijuana industry Robinson is keeping an eye on...

And our final marijuana stock to watch in 2017 may be just as surprising as Microsoft...

Hagedorn purchased two companies that sell fertilizers, soil, and accessories for marijuana growers back in 2015. He also invested $120 million (a 75% stake) in the hydroponics equipment company Gavita International in July 2016. But there are even more companies for investors to target a seven-figure weed windfall with the top pot stocks from every ecosystem - growers, edibles, dispensaries, and more...

Good afternoon! I have bells going off on a little sign stating a merger or Buyout is on the rise.

I say this because its imminent. There profitability is endless and going international. If a new Etf is introduced in the Pot sector which it will have to be as the seed is planted and vines are attaching themselves for future growth. I dont need all the details. I just know now that Bedrocan is in bed with Goldman and Sachs. OGI is a threat and a profitable one to boot. Only valued at an 1/8 of CGC but both companies were or still are managed by the same advisors in which tells me Goldman and Sachs arent far from OGI's front door with a butt load of money.

I know I would do it. Canada has not legalized it as of yet but are young Premier smokes himself and loves his new attention. So! The choice will be easy for him. Mid 2017.

My outlook on Canaopy growth is the the driving force of the industry and i forsee the mentality and outlook of a Sunedison mentality but with a much more intelligent board on hand to manage the rising demand of this substance.

My only worry comes from years from now as we see how they control there overwhelming success. Greed is a dangerous and blinding mentality but those actions are to be followed after they reach 20 billion in the next 3 years.

I really like to use my retirement free time to invest the potential wealth to come.

with safe control pot strains refined for use of pain medicine the future seems limitless!

Here comes the next way to become rich if you believe.