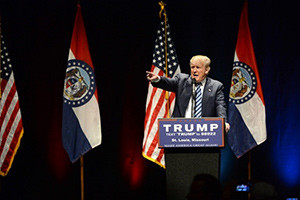 Can the president quit his day job?

It's a question worth asking right now considering just a few months ago, GOP President-elect Donald Trump said he'd consider doing as much if elected.

Trump, "smiling mischievously," according to The New York Times on July 7, responded to reporter questions by saying, "I'll let you know how I feel about it after it happens."

As a matter of law, a U.S. president can in fact quit his office if he so chooses...

Can the President Quit His Job? Yes

The 25th Amendment of the U.S. Constitution

Section 1. In case of the removal of the President from office or of his death or resignation, the Vice President shall become President.

Section 2. Whenever there is a vacancy in the office of the Vice President, the President shall nominate a Vice President who shall take office upon confirmation by a majority vote of both Houses of Congress.

While it's unlikely that Trump, or any president for that matter, would quit his job -- he can.

The U.S. Constitution stipulates no reasons why he couldn't.

The 25th Amendment deals with the specific procedures following a president's resignation. However, the amendment does not stipulate particular grounds for resignation.

In fact, Donald Trump could step aside right now and "quit the presidency" before he's even sworn into office.

Here's what would happen if Trump did just that...