We know the stock market was supposed to crash when Donald Trump pocketed 270 electoral votes, but stocks have been off like a shot ever since Nov. 9.

And that makes what I have to tell you today more urgent.

I'm looking at a small group of stocks that stand to do very well in the incoming administration. We got in last week, and this group contains some of the market's biggest gainers right now.

But it's not too late to get in on the action, or, if you're already in, make even more money...

The Rising Tide Will Not Lift All Boats 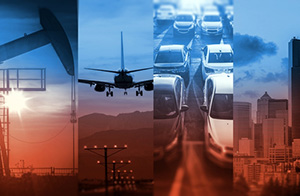 Profit Opportunity: Get Shah's updates on this play, along with his free Insights & Indictments service. Click here.

With Donald Trump's election, investors have been rotating into these stocks at a furious pace, while at the same time dumping stocks they fear will be hammered if Mr. Trump makes good on his campaign promises.

While jumping on hot momentum stocks isn't a bad idea, rushing into the big gainers that just exploded higher in a matter of three days might be dangerous.

Everyone knows stocks don't go up forever. So piling onboard suddenly screaming stocks while the rest of the market struggles may not be the wisest move right now.

Besides, not all infrastructure-related companies are going to be employed in America's rebuilding.

If you own some infrastructure-related companies whose share prices have just popped higher, stick with them.

But because not all boats will rise with the coming tide, it makes sense to employ trailing stops on those positions.

By having stop orders down on your positions, and raising those stop orders as your shares rise, you can rest assured you'll lock in profits if the rush into them turns around on account of profit-taking or the fact that they may not be beneficiaries in the upcoming building binge.

Besides, we're not there yet.

Mr. Trump has to get into office and then he has to come up with the money to start the thousands of building projects we all want to see.

On the way there, he's going to come up against the dreaded debt ceiling in March, very early on in his first 100 days in office. He's going to find, just as Obama did, that raising the debt ceiling again, in the face of needing to raise hundreds of billions of dollars to rebuild America, isn't a slam-dunk.

A showdown over raising the debt ceiling and the prospect of rising rates could hit the markets. And those aren't the only headwinds markets are facing.

Our Blueprint for Profiting on Trump's Infrastructure Boom