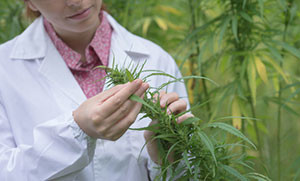 The top medical marijuana stocks are climbing this week after Election Day 2016 turned out to be a defining moment for the marijuana sector.

New marijuana laws won in eight of the nine states where they were on the ballot this year. And that has created a massive catalyst for the top medical marijuana stocks on the market.

But the victory in California is a game changer for the industry. The state's size, economic impact, and political clout means California's adoption of legal marijuana could prompt federal authorities to reverse their decades-long prohibition on marijuana.

On the medicinal marijuana side, voters in Florida became the first southern state to approve a robust medical marijuana proposal. Arkansas soon became the second. The win in Arkansas was a surprise given the muddled history of the measure. Two proposals were on the ballot in Arkansas, but a late court ruling meant only one could be voted on.

Meanwhile, medical marijuana initiatives sailed through in North Dakota. Nearly two-thirds of voters in the state cast ballots in favor of medicinal pot.

Studies are ongoing to discover new areas where medical marijuana can be used as an effective treatment.

These are all reasons why the top medical marijuana stocks have surged this year in anticipation of growing acceptance and prospects. And we see them only continuing higher from here...

Some of the top medical marijuana stocks have already posted massive gains, including:

According to ArcView's new report, retail marijuana sales should hit $7.1 billion this year. That would be a 26% hike from last year. By 2020, legal market sales are expected to surpass $22 billion.

That growth will continue to be a huge driver for the top marijuana stocks.

Love the opportunity to learn more before i buy stocks:)))