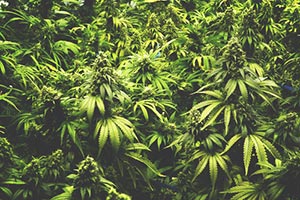 And SMG stock is poised to rise even more as it just made three major investments in the marijuana industry that total $326 million.

If you're not familiar, Scotts Miracle-Gro makes lawn and garden products, like plant fertilizer and insecticide. But the company has recently begun expanding its product offerings into an obscure – but highly profitable – marijuana subsector.

We'll talk about this subsector and Scotts' three "marijuana" investments in just a moment. But before we do, here's why this Fortune 1000 company is investing in the marijuana industry.

Why Scotts Wants Exposure to the Marijuana Industry

Big companies like Scotts are now embracing the public acceptance of marijuana.

That's because by 2020, the marijuana industry is projected to become worth $35 billion, according to a 2015 report from the Bank of America and Merrill Lynch.

With marijuana legal in many states, consumers are looking to cultivate their own plants. The marijuana-growing market could easily exceed $100 billion within five years, according to Robinson, who has created a 90-page report about investing in the marijuana industry. [Editor's Note: Check out Robinson's complete marijuana report, right here.]

Scotts, being one of the world's largest lawn-care and garden products producers, sees a major opportunity in this market.

And with its three new investments, Scotts has already started profiting from marijuana growers….