I've been telling you for weeks that hedge funds have been sucking wind, partly due to too often plowing into the same trades then exiting them too late.

Whether they're able to continue their recent burst of positive performance doesn't matter to us, unless of course you're in any of those floundering funds.

What matters to us is what positions they're into now and when they'll unwind them.

Because knowing what we know about their positions we can front-run their exiting strategies by putting on smart risk/reward reversal trades.

Here's what they did, what they're going to do, and how to front-run them before they rush for the exit doors. 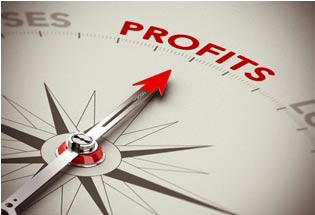 Before the election, hedge funds got "long" (meaning they bought) the S&P 500 by buying S&P 500 futures, got long copper by buying copper futures, and shorted (bet prices would fall and yields would rise) U.S. Treasury bonds by selling bonds short.

Going into the election, per ValueWalk, hedge funds were long equity futures, "Not just a little long. But positive on the market to the tune of $24 billion in the S&P 500 futures from Oct. 25 to Nov. 8 – the largest hedge fund long position since the last mid-term elections when Republicans made gains in Congress."

That analysis from ValueWalk came from a Bank of America Merrill Lynch report authored by the global market analysis team of Jue Xiong, Stephen Suttmeier, and Paul Ciana, who calculated the net long position in the futures by culling Commitment of Traders data from the Commodity Futures Trading Commission.

To hedge their long S&P 500 exposure, some funds shorted tech stocks based on how much they'd already run-up and that Mr. Trump's campaign rhetoric would result in reduced "globalization," knocking tech darlings in the process.

When Trump won, an immediate freak-out tanked futures on very thin volume (fueled by some panicked selling by long-positioned funds). But then, to the great relief of long-positioned traders, selling dried up and buyers reversed futures losses by the time U.S. equity markets opened on Wednesday morning.

With the panic apparently over, traders who took on big short positions in anticipation of a sell-off if Mr. Trump won scrambled to cover their shorts.

Very quickly, sidelined institutions – who had reduced their longs and hedged some of their remaining long equity exposure by shorting $3.3 billion worth of S&P 500 futures – covered their short futures trades and began to buy back shares they'd dumped and even bought futures to get longer in front of unexpectedly rising indexes.

Besides going long equities, hedge funds shorted Treasury bonds, betting a Trump victory – with its big infrastructure spending plans and a debt ceiling vote coming up in March – would put huge upwards pressure on interest rates, even before the Fed would have to raise in December, and crush bond prices.

Fund managers who shed Treasuries, resulting in outflows of $11.5 billion in the two-year note and $1.3 billion in the 10-year note, continue to reap rewards for betting correctly that bond prices would fall precipitously.

Many CTA and CPO (managed futures) funds put on another type of hedge fund trade intended to make money if Mr. Trump won: a bet that a spike in copper prices would accompany his trillion-dollar infrastructure promises.

Now that the quick money's been made, at least on paper, lots of traders are going to want to close out their successful trades to book profits, which they desperately need.

With market-moving "Trump Trades" already a week old, a lot of traders are sitting with their fingers on the sell button, ready to lock in their profits if more somber assessments of Mr. Trump's prospects of fulfilling his campaign promises get muted in political realities.

That's where we come in.

How to Profit from the Hedge Funds' Next Move