As the coauthor of the 1998 book "Contrarian Investing: How to Buy and Sell When Others Won't and Make Money Doing It," I've always been willing to take the "other side" of the "consensus view." That willingness – combined with a commitment to the long view – has worked out very well through the years.

So, while most people don't trust politicians – especially presidents – as far as they can throw them, I've found it can pay big when you take the chief executive's words at face value.

In a recent story in The New Yorker, political scientist Michael Krukones tabulated the campaign pledges of presidents – from Woodrow Wilson to Jimmy Carter – and revealed something that might shock you.

Presidents actually achieved about 73% of what they promised.

Outgoing President Barack Obama is no exception. Nonpartisan PolitiFact found that he achieved at least a "compromised version" of 70% of his campaign vows.

The investing takeaway here is simple: If we align our investing with the new administration's spending targets, we stand to clean up.

It worked with healthcare stocks in the last administration, and I'm confident the sectors and stocks I'm about to show you will take off after the transition…

Much has been made of Donald Trump's promise to "Make America Great Again," but we think that should start with making America work again. 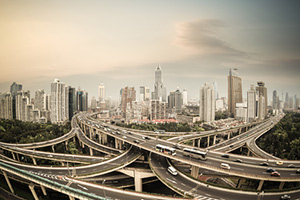 Trump has finally made infrastructure cool to talk about. Along the campaign trail, he repeatedly said he wanted to fix this country's roads and bridges before embarking on big-idea ventures like manned missions to Mars. Having injected this topic into the public eye, he'll likely follow through.

So it's highly likely that infrastructure investments will benefit. One of my favorites would be a great stock to own no matter who was president, but under Trump, it's a virtual lock: General Electric Co. (NYSE: GE). It's poised to be a major player in the infrastructure sector of today… and of tomorrow.

In power generation – the component of the "today" infrastructure that makes the world go – the GE Alstom unit accounts for one-third of the world's power-generating capacity. In the infrastructure sector of tomorrow, GE is using its Predix software business to create a "backbone" for the Industrial Internet.

Technology is going to revolutionize infrastructure build-out, but it's also going to play a key role in keeping a lid on the globe's many simmering trouble spots…

If You Want to Play Offense, Play Defense

During his campaign, Trump said he would boost defense spending by as much as 15%. He won't be able to ramp up the Pentagon's budget that much, but defense and security will be a focus.

Indeed, as we've said here many times, as the president-elect, Trump will have to deal with such issues as a "nuclearizing" North Korea and the tinder box known as the South China Sea. Both are combining to fuel an Asian-focused arms race that's staggering in magnitude.

IHS Jane's says arms spending in the Asia-Pacific will climb 23% a year to reach $533 billion by 2020. That will put it on par with North American defense spending.

One stock in this space we like a lot: Lockheed Martin Corp. (NYSE: LMT), maker of the Terminal High Altitude Area Defense, or THAAD, missile-defense system that's now being deployed in South Korea. It's probably the most advanced system of its type on the planet. Sales last year came in at $46.1 billion, and Lockheed's backlog is $99.6 billion.

Love your work, keep it going.
Thanks, j. K