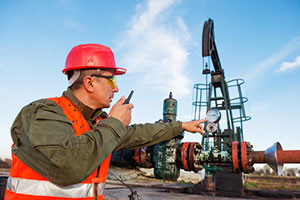 The Dow Jones Industrial Average was climbing toward record highs throughout the day thanks to a big jump in oil prices.

The Nasdaq hit record territory thanks to a 2.4% jump in shares of Facebook Inc. (Nasdaq: FB). Shares of the social media giant rallied after the firm announced a $6 billion stock buyback program.

The Facebook stock buyback is the first of its kind since the company started trading publicly in 2012. Here's what you need to know and what it means for FB shareholders.

The Dow Jones gained more than 88 points thanks to a sharp rise in energy commodity prices and increased optimism over retail sales in the e-commerce space. Online retailers are in full deal-making mode and Wall Street is very bullish about holiday sales. Shares of Wal-Mart Stores Inc. (NYSE: WMT) gained more than 0.7% after the company announced plans to move its Cyber Week sales several days ahead of schedule. Meanwhile, e-commerce giant Amazon.com Inc. (Nasdaq: AMZN) added nearly 2.0% thanks to its successful start ahead of Black Friday.

The economic calendar is relatively light given the short trading week. Investors are waiting for Wednesday's update on durable goods and the release of minutes from the most recent meeting of the Fed Open Market Committee (FOMC). Speculation is very high that the central bank will increase its benchmark interest rate during the upcoming and final meeting of the year in December. According to the CME Group's FedWatch Tool, the probability that the Fed hikes rates in December is currently higher than 95%.

Gold and silver prices have been in focus after the election. With the Federal Reserve expected to increase interest rates in December, the U.S. dollar has been flirting with 14-year highs. Investors in precious metals need to know what happens next for their investments. Money Morning Resource Specialist Peter Krauth breaks down the recent slide in the price of silver.

The price of crude oil surged higher thanks to increased optimism that OPEC will strike a deal to cap production. Markets cheered progress on Thursday when the Saudi Arabian oil minister predicted that the global oil cartel would bind itself to the framework that OPEC countries developed during its September meeting. OPEC plans to meet in Vienna, Austria, on Nov. 30.

But the big news today is happening at SolarCity Corp. (Nasdaq: SCTY). Trading of the solar installation giant's stock was halted after the Nasdaq requested information about the company. The solar giant run by CEO Elon Musk just received approval to sell itself to Tesla Motors Inc. (Nasdaq: TSLA), another company run by Musk. The $2 billion deal is likely to face significant opposition in court.