Access Your Profit Alerts
Sign Up for Money Morning and get your free report:
"The Best Stocks to Buy Now"
How to Buy Bitcoin
Twitter
Stocks: FB 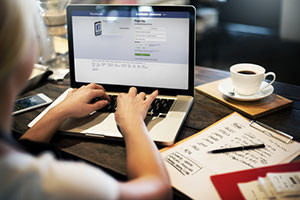 Before we get into how the Facebook stock buyback impacts investors, here are the key details of the social media giant's first-ever share repurchase program...

The buyback of Facebook Class A shares is authorized to start in Q1 2017 and does not have an expiration date. In a regulatory filing, Facebook said buybacks will depend on factors including price and market conditions. The buybacks may also include open market or privately negotiated transactions.

The buyback is for FB Class A shares only.

Facebook has three classes of stock. Class A shares trade under the ticker "FB" and are allotted one vote per share. Class B shares have 10 votes per share and are held by insiders. Class C shares, presented in April and approved in June, allow investors to own FB stock but have no voting rights.

Facebook is planning to give two "Class C" shares for every Class A and Class B. This effectively makes it a 3-for-1 Facebook stock split.

The creation of the new class of non-voting shares (Class C) is aimed at allowing CEO Mark Zuckerberg to give away his wealth without surrendering control of the social media goliath he founded. Zuckerberg has pledged to give away 99% of his Facebook shares via the Chan Zuckerberg Initiative.

As for the Facebook stock buyback, the company has plenty of cash to fund the hefty $6 billion share repurchase program. The company's balance sheet boasts about $26 billion in cash and marketable securities.

What the FB Stock Buyback Means for Investors