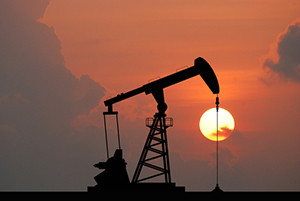 This morning, the Dow Jones Industrial Average is back in record-high territory as investors continue to speculate on the economic policies of President-elect Donald Trump and crude prices continue to rally. The Dow is within striking distance of 19,000.

On Monday, the Dow gained 88 points thanks to a sharp rise in energy commodity prices and increased optimism over retail sales in the e-commerce space. Online retailers are in full deal-making mode and Wall Street is very bullish about this big week for e-commerce. Yesterday was the first trading session that the Dow, the Nasdaq, and the S&P 500 hit record highs on the same day since mid-August.

The Dow Jones Industrial Average projected a 50-point gain as investors continue to cheer the rally in crude oil prices. With the Dow in record territory, investors want to know the best stocks to buy right now. [Editor's Note: Money Morning breaks down the best stocks to own for the road ahead, right here.]

The price of oil was flat in pre-market hours despite increased optimism that OPEC will strike a deal to cap crude production in order to support prices. The global oil cartel will be meeting next week in Vienna, Austria, at a time that tensions are very high. Yesterday, Russian President Vladimir Putin expressed interest in having his nation join OPEC in supporting crude prices.

Money Morning Global Energy Strategist Dr. Kent Moors has inside knowledge of the OPEC deal, and he says that uncertainty surrounds OPEC's November meeting. Check out his latest column that explains why this deal is in doubt and what it means for energy investors.

But the big news today comes from President-elect Donald Trump, who said that the United States will be withdrawing from the Trans-Pacific Partnership. The decision ends roughly seven years of negotiation between the United States and a roster of nations. Trump made a statement to the public, his first since winning office on Nov. 8, on YouTube.

"On trade, I'm going to issue a notification of intent to withdraw from the Trans-Pacific Partnership, a potential disaster for our country," Trump said in the video. "Instead, we will negotiate fair bilateral trade deals that bring back jobs and industry onto American shores."