It's a bit after 3 a.m. as I'm writing this here in Abu Dhabi. At least I think that's what it is. After 16 hours of flights, across nine time zones, and a down day to recover from arriving in the Persian Gulf sick, it's difficult to tell.

But there's something you need to know...

When I left the United States on Tuesday, Nov. 15, crude oil had just posted its strongest one-day rally of 2016. WTI (West Texas Intermediate, the benchmark crude rate traded in New York) shot up $2.49 or 5.8% for the day. The rise kept gaining speed as some traders had to unwind their short positions.

That's been great news for energy investors, as shares across the oil sector have risen - especially in the case of premium U.S. shale producers.

Of course, this has followed a period of weakening oil prices. Even after Tuesday's monster gain, WTI was up only 1.2% for the week and was still down 8.9% for the month. Now, prices should consolidate over the rest of the week.

But one factor is currently overriding everything else when it comes to the price of oil...

Whether an OPEC oil deal is successfully engineered at the cartel's Nov. 30 meeting in Vienna.

And I need to warn you - there are some bad signs on the horizon for that meeting... 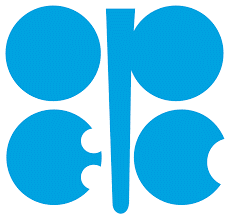 Sure, continuing concerns over the supply-demand balance and over what the presidential election results mean for the energy sector may have contributed.

But don't be fooled.

The ups and downs in the oil market are primarily about whether markets think OPEC will, or won't, succeed at capping oil production on Nov. 30. Earlier this week, the Russians noted (once again) that they would be on board.

The American oil patch, in contrast, involves thousands of participants with what is produced, and by whom, being determined by market conditions. That means the United States - where huge extractable reserves of shale and tight oil have catapulted it into a world leader - is not a party to international arrangements.

Simply put, the U.S. does not have a "central" oil minister who speaks on behalf of the government and dictates policy to a "central" oil company. There is no way for the U.S. to negotiate the way OPEC and Russia do.

The value of U.S. currency is still important to the global oil trade because oil contracts are denominated in the dollar. However, with international oil prices determined by demand and events outside of North America and Western Europe, what happens in the U.S. has largely impacted the global oil price only through how much is imported into the country from elsewhere.

Yes, Congress now allows the export of crude oil from the states after a prohibition that lasted over four decades. But it will take some time before U.S. exports will have any impact on the broader market.

That's why it's OPEC's and Russia's ability to work together that is an absolute linchpin in any production cap.

Of course, even that's not always enough...