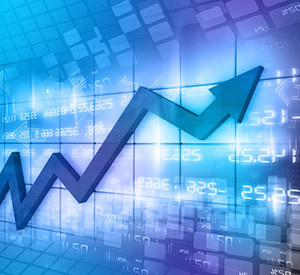 The Dow Jones Industrial Average was on the rise Wednesday despite a sharp downturn in healthcare stocks and could close at an all-time high ahead of the Thanksgiving Holiday.

On Thursday, the markets will be closed for the Thanksgiving holiday. They will also close early on Friday at 1:00 p.m.

DJIA Today: Dow Back in Record Territory Before the Thanksgiving Holiday

The Dow Jones had added 39 points at 1:00 p.m. on Wednesday as the markets prepared for the Thanksgiving holiday break. At 1:00 p.m., the Dow was trading at another record high even though eight of the 10 major S&P 500 sectors were trading in the red.

The S&P was off a point heading into the afternoon trading hours.

Trading will reopen on Friday, but expect volumes to be low given the holiday schedule.

Must See: Get the Best Investing Research Today to Grow Your Money

It was a brutal day for biotech stocks after Eli Lilly and Co. (NYSE: LLY) announced the company had halted development of a once-promising Alzheimer's drug after it failed to show advancements in a phase 3 study. Shares of LLY stock plunged more than 12%.

But no biotech company has had a worse day than Juno Therapeutics Inc. (Nasdaq: JUNO). Shares plunged more than 26% after the firm announced that two patients died during a phase 2 trial for a leukemia drug.

It was a very busy day of economic data. First, the number of Americans seeking jobless benefits was higher than Wall Street expected last week. The number increased by 15,000 last week, bouncing off a 43-year low in early November.

Meanwhile, in October, U.S. durable goods orders increased by 4.8%, a figure driven by a big demand for commercial aircraft.

Later today, the U.S. Federal Reserve will release minutes from its last meeting. The markets will be looking for clues into the central bank's commitment to raising interest rates in the coming weeks. According to CME Group's FedWatch Tool, there is a 93.5% probability the Fed increases rates in December. However, Janet Yellen's team has moved slower than expected before and delayed rate hikes due to concerns about inflation levels and the U.S. labor market. In fact, many are wondering if the stock market will crash after the FOMC meeting in December. We break down what could fuel a sharp downturn in stocks, right here.

The price of crude oil was volatile as investors prepare for a weekly update on U.S. crude inventories from the Energy Information Administration. Crude prices have been under pressure due to speculation on the fate of the OPEC agreement. The global oil cartel is meeting on Nov. 30 in Vienna, Austria, to discuss progress on a plan to reduce production by 4.0% to 4.5%.

Here's our latest on next week's production deal and what it means for energy investors.

But, the big news today is happening in Europe...

Next week, voters in Italy will be heading to the polls to decide whether they want to overhaul their nation's constitution. The decision would allow the nation's Prime Minister Matteo Renzi to push through economic reforms, which many economists agree are sorely needed to bolster growth, streamline government, and improve the nation's labor markets. The polls show that the "No" crowd is in the lead, but populist voters have surprised the markets this year, with the Brexit vote and the victory of Donald Trump.