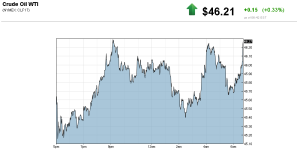 Some reckon OPEC may be able to come to a final agreement to cut production, as the cartel reported in September. However, others remain highly doubtful. Reports over the weekend said Iran and Russia now may not be willing to reduce their crude oil production levels. Global stock markets have been extra-sensitive in recent weeks to the daily price movements in crude oil prices. Nymex crude oil futures prices are modestly lower in early U.S. trading Monday.

The other key "outside market" on Monday sees the U.S. dollar index slightly lower on a corrective pullback from recent strong gains that pushed the index to a 13-year high last week.

Gold prices are seeing decent gains Monday, on short covering in the futures markets and bargain hunting in the cash market following recent selling pressure that had driven prices to nine-month lows. 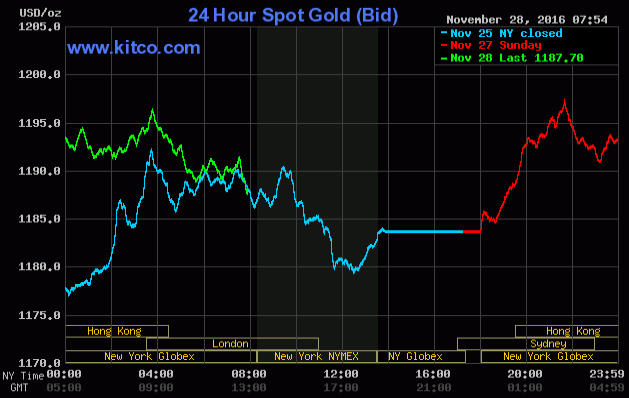