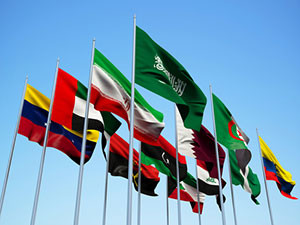 This morning, the Dow Jones Industrial Average is ticking higher as investors watch oil prices and an update to U.S. economic growth.

GDP levels have been frustratingly low over the last eight years. But many economists are predicting that the recent election of President-elect Donald Trump could spur growth thanks to his economic policies. Trump has suggested that his policies will advocate for infrastructure spending, corporate tax reform, and financial deregulation.

On Monday, the Dow Jones fell 54 points thanks in part to a decline in banking and consumer discretionary stocks and a slump in the U.S. dollar. The dollar slid from 14-year highs and helped propel gold prices higher. Gold prices have been under extreme pressure in recent weeks thanks to the surging U.S. dollar.

What's Ahead for the Dow Jones industrial Average Today

The Dow Jones Industrial Average projected a four-point gain at the opening bell as investors prepare for a second revision to third-quarter GDP and a speech from a New York Federal Reserve President William Dudley. Investors will be looking for clues into Dudley's stance on interest rates as the December FOMC meeting approaches.

According to the CME Group, the probability of another rate hike in December sits at 95.9%. But we've seen the Federal Reserve change its mind at the last minute several times in 2016. So will the Fed raise interest rates next month?  We answer that question, right here.

Meanwhile, silver prices continue to slide thanks to the rising U.S. dollar. As a bonus to his gold forecast, Krauth has just released his latest insight for silver prices. Read it here.

The price of crude oil was falling ahead of OPEC's meeting on Wednesday. According to reports, Saudi Arabia is starting to prepare for a huge battle between the oil cartel and the United States as the latter begins to ramp up its own production. The election of Donald Trump has thrown a major wrench in the cartel's plan for oil prices moving forward.

Money Morning Global Energy Strategist Dr. Kent Moors predicted six days ago that the OPEC deal would ultimately fail at the behest of the cartel's de facto leader – in part because of Al-Falih's personal aversion to the U.S. POTUS-to-be…

And this what you need to know this morning about tomorrow's critical OPEC meeting.

The big news today is Obamacare, also known as the Affordable Care Act. President-elect Trump sent a message over the last 24 hours that he is serious about dismantling President Obama's signature healthcare law. Trump has appointed House Budget Committee Chairman Rep. Tom Price (R-GA) to the post of Human Services Secretary. Price will arrive to the agency as the author of the Empowering Patients First Act. This piece of legislation is widely considered one of the most detailed road maps to repealing and replacing Obamacare.