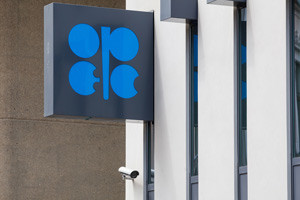 WTI crude oil prices are dropping today (Tuesday), one day ahead of the highly anticipated November OPEC meeting on whether to cut production.

Skepticism is escalating that OPEC members will not reach an agreement to reduce a global over-supply and boost prices. Crude oil prices have dropped roughly 60% since reaching more than $107 a barrel in the summer of 2014.

Indonesian Energy Minister Ignasius Jonan said he is uncertain that OPEC would seal a deal to limit oil output when it meets Wednesday in Vienna.

"I don't know. Let's see. The feeling today is mixed," Jonan told reporters when asked about the prospects of a deal.

Adding to doubts was today's announcement from Russia that it will not be part of the OPEC meeting in Vienna. The non-OPEC producer is the world's second-largest oil producer behind Saudi Arabia.

Wednesday's OPEC meeting aims to finalize an agreement outlined in September to trim oil output by some 1 million barrels per day (bpd), from around 33.82 million bpd.

Saudi Arabia, the oil cartel's biggest producer, is key to any deal. And the outcome of the OPEC meeting will have a major impact on WTI crude oil prices…

Why WTI Crude Oil Prices Are Tanking Before OPEC Meeting

Right now, Saudi Arabia is the biggest key to a possible OPEC deal.

Saudi Arabia can decide to take on the bulk of the oil cuts or walk away from a deal if other producers won't step in and help, The Wall Street Journal reports.

Libya and Nigeria, recovering from output cuts because of regional violence, are likely to be exempt from output reductions. Meanwhile, Iran and Iraq are reportedly pushing back on pressures to curtail production.

The question now is whether Saudi Arabia, along with its Persian Gulf allies of Kuwait, Qatar, and the United Arab Emirates, will share the load of cutting output enough to impact global supply and demand. The four countries are the cartel's richest members and account for almost half of OPEC's 33.6 million bpd of production.

Another mounting concern for OPEC is that if it does implement an oil cutback, U.S. oil producers could step up output.

U.S. oil companies, which slashed spending when oil prices were crashing, have been slowly boosting investment in wells and other areas. Additionally, President-elect Donald Trump has pledged to reduce regulations he believes are holding back U.S. fossil-fuel industries.

If OPEC agrees on a production cut to 32.5 billion bpd, crude prices could spike to the low $50s a barrel, according to Goldman Sachs. But if no limit is reached, the firm sees oil prices averaging around $45 a barrel through summer 2017.