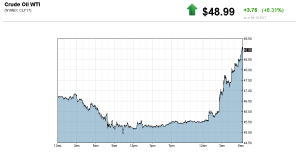 Traders and investors worldwide are anxiously awaiting the results of the OPEC oil cartel meeting that began Wednesday in Vienna, Austria. Crude oil prices are sharply higher on reports Iran's oil minister said he believes a deal to curtail the cartel's collective crude oil production will be reached, even though Iran does not want to immediately scale back its output.

There is also marketplace uncertainty regarding the December 4 Italian referendum on constitutional reforms. A "no" vote on the reforms could eventually put Italy in violation of European Union rules.

In overnight news, the Euro zone November inflation rate came in at up 0.6% from October and was up 0.8%, year-on-year. The November readings were the highest in over two years.

The other key "outside market" on Wednesday sees the U.S. dollar index trading slightly higher. The greenback bulls still have the solid near-term technical advantage. 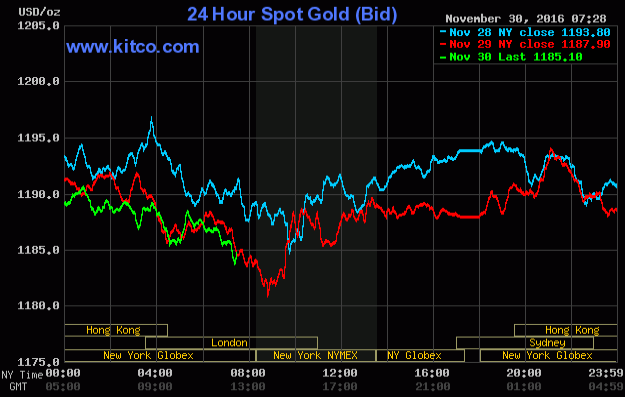