Automated investment services – more commonly known as robo-advisory accounts – are relatively simple to understand, on the surface at least.

We talked about this last week – robo-advisories were created by millennials in response to the dot-com collapse, the financial crisis, and traditional fee-based advisory services.

But all is not what it seems. And if you dare dig into how they actually work, you'd be surprised by how complex they are.

Today, I want to show you how these services actually automate portfolio selection and perform rebalancing acts, and help you understand some of the complex portfolio management theories providers have to use.

Because what you don't know can really hurt you – and you should know how your money is being managed.

Let me break it down for you… 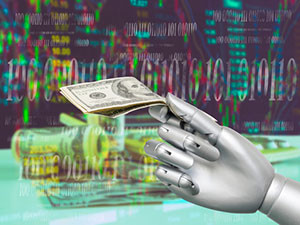 There are two general approaches to how automated investing services construct portfolios. Either they're based on a long-term timeline, or they're built on goals-based investing.

For example, two of the most popular robo-advisory service providers, Wealthfront and Betterment, go in different directions. Wealthfront has a long-term timeline investing platform, while Betterment's platform focuses on goals-based investing.

When you invest with Betterment you'll notice that we don't give you a risk-tolerance questionnaire. Instead, we ask about time as it pertains to your investments: your age in relation to your goal (with retirement, say) or the time horizon to reach your goal (e.g. three years to save up a Safety Net fund). That's because a goal-specific time horizon is an objective measure of the potential range of outcomes which you should be exposed to.

While you can choose a service based on how long you'll be in the market that rebalances your portfolio based on your changing age, like what target-date funds do, all robo-advisors construct diversified portfolios for you.

The common denominator with a diversified portfolio is they theoretically reduce portfolio risk without sacrificing expected returns.

Unfortunately, there's a problem with diversification. Providers mostly diversify you based on the same portfolio management theories.

That means that you may not be special just because you're on a long-term investing platform or on a goals-based platform.

Portfolio diversification is generally achieved through mean-variance analysis or optimization.

Mean-variance analysis quantifies risk and expected returns by applying concepts from statistics, where the values of assets (stock prices) are taken to be random variables with various expected values.

Mean-variance optimization was introduced by Nobel laureate Harry Markowitz in his 1952 paper "Portfolio Selection." It was the first mathematical formalization of the idea of diversification of investments. It considers a set of risky assets and calculates portfolios for which the expected return is maximized for a given level of portfolio risk, where the risk is measured as variance.

Mean variance analysis became known as Modern Portfolio Theory (MPT), where optimized portfolios result in the "efficient frontier," a band of portfolios that dominate all other feasible portfolios in terms of their risk-return tradeoff.

The One Thing They Won't Tell You