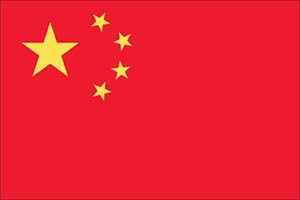 China warns the U.S. once again…

That's when WTO members all agreed to treat Beijing as a "non-market economy" until the arrangement officially expired – at which point China would then be upgraded to a "market economy."

There's a big difference between those two distinctions:

Must Read: The Five Best Infrastructure Stocks to Watch in 2017

But some of the original WTO members who were part of the 2001 deal are now disputing Beijing's upcoming promotion.

And one of the loudest of these critics is Uncle Sam.

China Warns the U.S. to Keep Its Promises

Last month, U.S. Commerce Secretary Penny Pritzker claimed that she does not believe Beijing has exhibited appropriate enough trade behavior over the past 15 years to warrant "market economy" status.

Specifically, she accused China of having used unfair trade practices in overseas markets, particularly when it came to dumping products at extremely low prices.

For example, both U.S. and European Union steel producers have complained that China's "steel dumping" has distorted the global market by exporting excess aluminum and steel at prices with which their economies can't compete.

This, in turn, has damaged their own steel and aluminum industries – an issue at the forefront of American politics these days.

Don't Miss: These Picks Will Pay You a Different Kind of Dividend

In fact, while on the campaign trail, President-elect Donald Trump often made reference to the failing U.S. steel industry as one he intends to fix once in office.

Another issue Trump hopes to "fix" soon: U.S.-China trade relations (by imposing massive tariffs, among other such means).

In turn, China is not happy with Uncle Sam at all right now.

Shen also argued that it was high time his country got to fully enjoy its rights as a WTO member. Therefore, he said, all other WTO member countries should fulfill their obligations, as well.

Since the day he actually announced his bid, the billionaire thrived on promises of hitting Beijing with a 45% tariff on imported goods while taking on its massive currency manipulations.

In response to these promises, China's President Xi recently outlined exactly what negative consequences will occur should Trump keep up with his anti-China rhetoric…