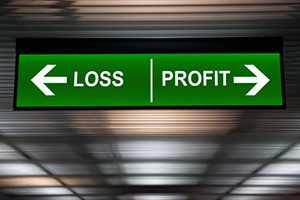 The Dow Jones Industrial Average today climbed to an all-time closing high as investors continued to shrug off concerns about Sunday's Italian referendum.

This morning, the U.S. Labor Department said U.S. productivity had increased by 3.1% in the third quarter. This news is the latest sign the labor market is healthier and wages are growing.

The U.S. Federal Reserve has done an immense amount of damage to the American economy over the last decade. While everyone is focusing on rate hikes, Money Morning breaks down another radical option being considered by the central bank to prop up the U.S. market. And this nefarious option could very well destroy capitalism once and for all.

It's not just the central bank of the United States that deserves scrutiny. The European Central Bank will have an important announcement on its monetary policy on Thursday, Dec. 8.

That makes many investors think that the United States is the only game in town to grow your money over the long term. But Money Morning Chief Investment Strategist Keith Fitz-Gerald argues that investors can't ignore China. That's because many S&P 500 companies are generating a significant source of their revenue from China. Fitz-Gerald appeared on FOX Business Monday to discuss investment opportunities. Watch his interview - including his prediction for when Dow 20,000 will happen - right here.

The WTI crude oil price today fell 1.6% as traders took gains off the table from the recent increase in crude prices. Meanwhile, Brent crude dipped 1.8% as skepticism slipped through the cracks regarding OPEC's production deal to cut excessive crude output. Brent crude had jumped as much as 15% since the Nov. 30 meeting among OPEC suppliers. However, there is one wrinkle in the plan.

But the big news was happening again with President-elect Donald Trump.

The president-elect took another hardline stance with an American company on jobs and government contracts. This time, Boeing Co. (NYSE: BA) received a stern lecture on its contract for two new Air Force One jets. In a tweet this morning, Trump said that the cost of the two jets - part of a roughly $4 billion contract - was too expensive and said he'd cancel the order.

Shares of Boeing stock fell more than 1.4% in pre-market hours but rallied back to finish the day flat. Meanwhile, Lockheed Martin Corp. (NYSE: LMT) also fell 0.4%. Lockheed is developing a new series of military helicopters, and investors are wondering if Trump will put the company in his crosshairs as well.