Rats have long been one of humanity's worst enemies.

Flea-infested rats were carriers of the bubonic plague that killed between 75 million and 200 million Europeans in the mid-14th century.

But I love rats - specifically, OmniRats. 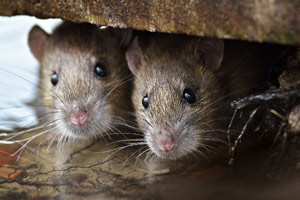 These rodents - developed by biotech researchers - contain disease-fighting antibodies that are remarkably similar to the ones found in us humans. And those researchers believe they'll be the key to dozens of successful drugs.

This is the type of biotech breakthrough that defines "How We Thrive" in the Singularity Era.

To the healthcare community, that means these rats have the potential to save millions of lives.

To the company behind these rats, they mean new clients, more revenue, and bigger profits.

To tech investors like you, that could mean 50% gains in the next 12 months alone.

And a lot more after that...

Rats are playing a big role in fighting cancer and other diseases for one simple reason: These rodents are surprisingly genetically similar to humans.

A groundbreaking 2004 report sponsored by the National Institutes of Health (NIH) found that almost all human genes known to be associated with diseases have counterparts in the rat genome. NIH researchers don't usually weigh in on the future impact of their research. This study was an exception.

Talking about the payoff from this study, Dr. Elias Zerhouni, who served as director of the NIH during the George W. Bush administration, said that "this is an investment that is destined to yield major payoffs in the fight against human disease."

Simply put, the NIH's finding confirms that the rat is an excellent model for many areas of medical research. And one field in particular is already having a huge impact on treatments while offering investors the potential for outsize gains - human antibodies. 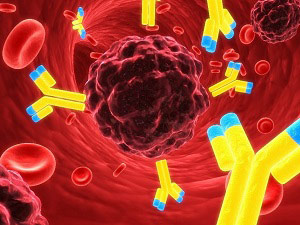 Antibodies are proteins that can identify and remove foreign elements from the bloodstream. Our bodies produce them every day, just not in the amounts needed to keep us completely disease-free.

Researchers have long known that antibody-based drugs would be powerful weapons in medicine. But until fairly recently, actually creating such drugs was a real challenge.

In 2008, scientists at privately held Open Monoclonal Technology Inc. (OMT) made a major breakthrough. They started breeding rats that could produce the antibodies needed to fight off all kinds of diseases. By 2011, they had bred the "perfect" rat, one that could consistently produce antibodies that were identical in every important way to those found in humans.

OMT's discovery quickly got the attention of Big Pharma. Roughly 30 major drug firms and academic research labs signed up for a steady supply of the OMT's lab-made antibodies, making it a darling of the biopharmaceutical world.

Thanks to several breakthroughs along the way, antibody-based drugs are now one of the hottest areas of new medical research. A study by Evaluate Pharma forecast that by 2020, half of the world's 20 top-selling drugs will be based on antibodies.

Already, 65 different antibody-based drugs have come to the market. An estimated 500 more antibodies are in various clinical trial stages.

Right now, this is a roughly $80 billion market, but analysts say it could nearly double to $150 billion as soon as 2020. No wonder so many of the world's top drug and biotech firms are working with OMT.

In addition to the OmniRat, this firm has also bred the ideal mouse, known as OmniMouse. Mice have a unique set of genetic traits, distinct from rats, and this opens up the door to a whole new set of antibody candidates.

Unfortunately for retail investors, they could not invest in OMT and its antibodies because it was a privately held company.