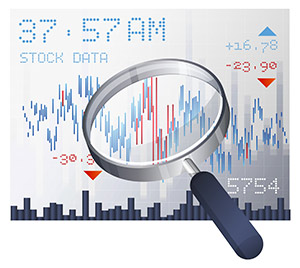 The Dow Jones Industrial Average was pushing even higher again on Tuesday as investors focus on the December FOMC meeting. Optimism is soaring as the projected opening price puts the markets within striking distance of Dow 20,000.

With the way the markets are moving, we could see that new record high any day now. So, when will we see Dow 20,000? Money Morning Capital Wave Strategist Shah Gilani has that answer, right here.

On Monday, the Dow hit another record high - adding 39 points - as energy traders cheered a huge production deal between OPEC and non-OPEC nations and investors showed optimism over the U.S. economy as we head into 2017.

The Dow Jones Industrial Average projected a seven-point gain as investors prepare for a busy day of economic data and the start of the U.S. Federal Reserve's final meeting on monetary policy in 2016. However, investors need to be cautious about President-elect Donald Trump's policies. The December Fed Survey by CNBC indicated that investors are way too optimistic about Trump's policies. Any failure to achieve his plans could hurt the market.

During the December FOMC meeting, the U.S. central bank will discuss its first possible interest rate hike since December 2015. The central bank will need to focus on the fiscal policies of the incoming Trump administration. Though Trump's policies - tax cuts, corporate reform, and infrastructure spending - could be help fuel greater economic growth, there are some concerns that they could also spur higher inflation. Here's what a December Fed rate hike means for investors.

Crude oil prices were ticking higher and back near a record high for 2016. The uptick comes after OPEC and non-OPEC nations agreed over the weekend to reduce production in order to support crude oil prices. Following the deal, the International Energy Agency revised its global supply forecast for the year ahead and projected that global inventories will begin to fall over the next six months. The WTI crude oil price today added 0.6%. Meanwhile, Brent crude gained 0.8%.

Money Morning Global Energy Strategist Dr. Kent Moors breaks down the OPEC deal to cut oil production and offers his forecast for crude prices in the year ahead. As both Dr. Moors and the IEA have pointed out, the price of crude won't go higher if the OPEC deal falters in any way. Dr. Moors has several profit plays that can make you big money if you get started today. Don't miss his latest insight, right here.

Lost in the conversation about rising oil prices has been the strong increase in natural gas prices over the last month. In the last 30 days, the U.S. Henry Hub natural gas benchmark rate is now up 36.7%. But it isn't cold weather or post-election optimism that has been driving the uptick. It's a supply issue. The last time we faced a similar supply challenge, natural gas prices spiked to levels we haven't seen in nearly a decade. Dr. Moors outlines his 2017 natural gas price forecast, right here.

But that's not all from Krauth this morning. Like gold prices, investors have many questions about silver prices today. Krauth explains that we could see silver rally to $19 per ounce by the time that President-elect Donald Trump is sworn into office. Here's his latest silver forecast.

But the big news this morning is the controversy swelling over President-elect Trump's nomination of Exxon Mobil Corp. (NYSE: XOM) CEO Rex Tillerson for secretary of state. Tillerson became Exxon's CEO in 2004 and has maintained a strong relationship with Russian President Vladimir Putin.

That latter issue has some members of Congress already pushing back. Expect an interesting hearing when Tillerson seeks confirmation. Topics of conversation will center on Exxon's business deals in Russia and Africa, how Tillerson's relationships with Middle Eastern nations could impact America's relationship with Israel, and the role of energy policy on foreign policy abroad.

In other Trump news, many outlets are projecting Trump will nominate former Texas Gov. Rick Perry to head the Department of Energy. Perry, who is from the oil-friendly state of Texas, has denied humans' role in climate change in the past. Environmentalists will likely protest his nomination.