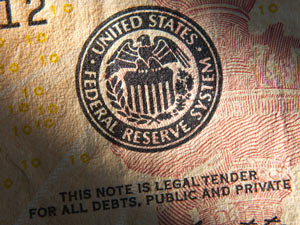 The Dow Jones Industrial Average was taking a break from its remarkable post-election run as futures were off slightly in pre-market hours.

Traders are taking a wait-and-see approach this morning as the U.S. Federal Reserve prepares to wrap up its final meeting on monetary policy later during today's trading session. The Dow is currently sitting roughly 100 points shy of Dow 20,000. Whether the index can hit that milestone psychological barrier will be a question on everyone's mind this afternoon.

On Tuesday, the Dow hit another record high – adding 114 points — as investors continued to cheer an uptick in energy stocks. In addition, technology stocks helped propel the triple-digit rally.

The Dow Jones Industrial Average projected a 16-point decline at 8:40 a.m. as investors prepare for a busy day of economic data and the start of the Federal Reserve's final meeting on monetary policy of 2016. During the December FOMC meeting, the Fed is expected to debate the impact of President-elect Donald Trump's planned fiscal policies on the U.S. economy.

Some anticipate that while Trump's policies will be pro-economic growth, they could also spur inflation faster than the Fed had anticipated. There's also an even more important question that traders are asking about today's FOMC conference. Read all about it before it's too late.

The markets have been on a tear in recent weeks. The Dow is now up more than 8.5% since Nov. 8, as investors continue to push stocks higher on increased optimism for the U.S. economy under President-elect Donald Trump. The uptick in the markets has many wondering what are the best stocks to buy for the road ahead. [Editor's Note: We break down those companies, right here.]

Crude oil prices were sliding this morning from their record high for 2016. The downtick comes despite predictions by global oil cartel OPEC that the international energy markets will rebalance sooner than previously expected. The statement comes just days after OPEC nations confirmed that they will take part in planned production cuts and 12 non-OPEC nations, including Russia and Mexico, agreed to reduce their production output to help support global crude prices.

But the big news this morning is happening in Trump Tower later today. President-elect Donald Trump will meet with leadership of Apple Inc. (Nasdaq: AAPL), Microsoft Corp. (Nasdaq: MSFT), Amazon.com Inc. (Nasdaq: AMZN), and many other tech firms on Wednesday. Despite the widespread opposition to Trump's presidency by Silicon Valley, Trump is looking to establish relationships with technology firms as his inauguration approaches.

Some are calling the meeting a potential olive branch. Others think it will simply be a policy meeting to discuss a range of possible legislation backed by Trump. The president-elect has opposed Silicon Valley's goals for loosened immigration policy; however, Trump does support lower taxes and plans to help large companies repatriate their large cash hoards sitting offshore.