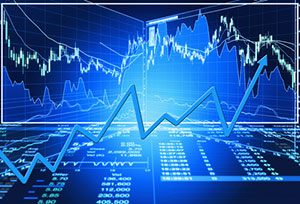 Stocks have been on a record-breaking tear this year, but after seven-and-a-half years of growth, many wonder if we are in a stock market bubble.

The three major indexes each smashed their all-time records this week (Tuesday, Dec. 13). The Dow is within striking distance of the 20,000 mark, less than a month after soaring above 19,000. On Dec. 1, all five major stock indexes in the United States closed at record highs. A feat that last happened 18 years ago in 1998.

These record-breaking gains in stock markets are making investors money. But these soaring numbers could be a sign of a stock market bubble.

That's why we want to help investors prepare for a market correction. Before we do, this is how to identify a stock market bubble and why it's important to know...

What Is a Stock Market Bubble?

A market bubble refers to an unsustainable rise in prices. Stock market bubbles are inflated through speculation, driving prices to artificially high levels. When prices get too high, the bubble pops and the stock market could crash...

This has happened several times throughout history.

The most catastrophic of these was the 1929 stock market crash. Stock prices soared to unimaginable levels during the Roaring '20s. Investors were certain that stocks could only rise and invested recklessly to ensure they wouldn't miss out on the profits.

Many investors even borrowed money to buy stocks. By the end of the decade, nearly $125 billion, adjusted for inflation, was invested on margin.

But nothing is sure in the stock market.

Speculation was fueling the record performance of stocks in the 1920s. That meant the highs couldn't last. When the stock market went down in 1929, margin buyers were forced to sell. Other buyers sold, hoping to get back at least some of their money. As buyers sold, prices plunged.

When the dust cleared, it had lost more than 86% of its value before the recovery began in 1932.

More recently, the stock market crash of 2008 led to more than $2 trillion in retirement savings getting wiped out.

This time, a bubble in the housing market drove stock prices to unsustainable levels.

A steady period of rising housing prices caused many to believe the housing market was a safe bet. Money poured into housing. Buyers were taking out loans they couldn't afford, expecting rising prices to bail them out.

But the bubble eventually burst.

Eventually, housing prices flattened. Many could no longer afford mortgage payments and were forced to sell. A surge of sellers drove prices down. Many people defaulted, and soon banking stocks were crashing.

The bursting of the housing bubble led to a stock market crash.

Will the Fed Rate Hike Cause a Stock Market Crash?

The Fed cut rates in an effort to stimulate the economy after the 2008 financial crisis.

The problem is lower interest rates helped fuel the stock market instead of the overall economy.

With interest rates at such low levels, bond investors had no choice but to turn to stocks. The money going into stocks helped drive up prices.

Companies also took advantage of the cheap borrowing rates. But they used them to repurchase their own stock shares. Companies have bought over $2 trillion of their own shares since 2008, while borrowing more than $1.9 trillion during the same time.
The diminished value of bond investment and the share buybacks have likely pushed stock market averages above where they would be otherwise.

Now the low interest rates that encouraged stock buying are on their way out.

On Dec. 14, the Fed announced it is raising interest rates another 0.25%. That means loans cost more and bonds pay a better rate of return.

The Fed also indicated it plans to raise rates three more times in 2017. That has us prepared for a stock market crash in 2017.

No one can say for certain what the market reaction will be. But higher interest rates could pull money out of stocks and prices could fall back to earth. That's why investors should always be prepared. Here's how to protect your money from a stock market crash....