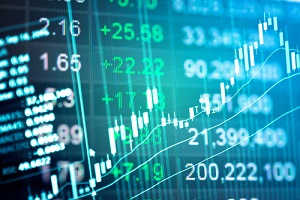 The Dow Jones Industrial Average is rising again on Friday as investors keep a sharp eye on another round of economic data and a rallying U.S. dollar.

The greenback received a huge boost this week after the U.S. Federal Reserve hiked interest rates and signaled that the U.S. economy was gaining strength. There is now talk the Fed could raise interest rates up to three times in 2017.

On Thursday, the Dow bounced back from Wednesday's triple-digit decline as the stronger U.S. dollar and improving economic data fueled optimism.

The Dow is projecting a 43-point gain on Friday, pushing the index within reach of the psychologically important barrier of Dow 20,000.

With interest rates on the rise, investors are wondering if the post-election rally is over. But here at Money Morning, we recommend that investors buy stocks now that are able to outperform the market regardless of what the Fed does with interest rates. That's why we've put together this guide on how to invest after an interest rate hike.

The WTI crude oil price today was pushing higher this morning as markets realized that OPEC has begun its planned production cuts. WTI prices added 0.8% in pre-market hours thanks to the combination of OPEC cuts and word that U.S crude inventory levels fell last week.

Money Morning Global Energy Strategist Dr. Kent Moors has said that the biggest challenge for OPEC and non-OPEC producers will be the enforcement of its deal. Kuwait, Saudi Arabia, and Abu Dhabi have all formally informed their customers that they are proceeding with strategic cuts to their production. But there's another story that just hit the energy markets. In fact, it's a looming energy crisis concerning one of Europe's richest countries. And this could be the most important story that you read all day.

Shares of Yahoo! Inc. (Nasdaq: YHOO) are recovering from a huge decline on Thursday. The stock plunged more than 6.1% yesterday on news that the company was hacked in 2013. The cyberattack compromised 1 billion email accounts and could end up costing the company $1 billion in its deal with Verizon Communications Inc. (NYSE: VZ). Verizon said that it will explore a lower price for the core assets of Yahoo or pull out of the deal altogether. The buyout is supposed to close in the first quarter of 2017. Here's everything you need to know about the Yahoo hack 2016.