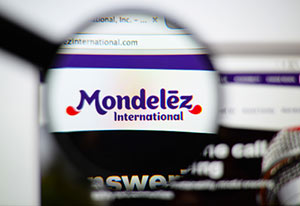 Mondelez International stock is up this week on chatter a takeover offer from Kraft-Heinz Co. (NYSE: KHC) could be coming.

Mondelez shares rose 4.9% Thursday morning as the rumor spread. But after CNBC shot down the likelihood of a deal between the two snack food goliaths, Mondelez stock pared those gains. MDLZ ended Thursday up 1.88% at $44.71. In early trading today (Friday), shares were off 0.85% at $44.33.

While a Mondelez/Kraft-Heinz deal right now may be off the table, a good case could be made for why the two should unite, or reunite.

The two would nicely complement each other. In fact, the two were once one company…