"I am absolutely bragging," he told my research team shortly before a presentation I gave not too long ago in California. "I feel like I have to, because what's happened to my retirement prospects is both wonderful and amazing at the same time."

Paul should feel terrific. He's managed to nurse a retirement nest egg that's now pushed past half a million dollars and multiplied itself three times over in the process...

...despite the fact that he's not a stock-picking savant

As soon as he explained his journey, I just knew I had to share it with you.

Here's how to multiply your money for retirement - in a few short years if you have to.

Double Your Retirement Stash - Even Under the Worst Market Conditions Imaginable 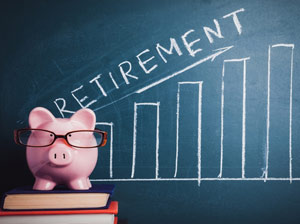 Imagine beginning your investing career at the worst possible time.

That's what Paul did in May 2001, right before the full fury of the dot-bomb crash hit and gave the Dow a 21% buzz-cut in only 21 months.

Despite the panic all around you, you faithfully contribute a few hundred dollars to your 401(k) each month. What's more, you have the guts to increase the amount you invest a little each year as your career progresses.

Then, after a few hopeful years during which the markets show signs of life again, the Global Financial Crisis hits and all your gains are wiped out. From September 2007 to March 2009, the Dow loses an astonishing 55% of its value.

A global recession, a near debt-default by the U.S. government, an increasingly ugly geopolitical outlook... all those factors and more conspire to drag down markets so hard and so fast that the S&P 500 returns just 1.56% from May 2001 to May 2012.

Like millions of investors, you want to throw your hands in the air.

Every time you look in the mirror, you see a huge Cheshire Cat-like grin on your face.

By May 2012, you've stashed away $150,000 of your own money and gritted your teeth every time you put more money in the markets at a time when other investors are too scared to look at their statements. Your retirement account balance reads well above $500,000.

Yes... half a million bucks!

And you didn't do it by picking out only the best stocks, or stocks at all for that matter.

Rather, every dime of the $150,000 you stashed away over 11 years went to mutual funds offered by your workplace retirement plan. There was nothing special about them, either.

In fact, many of those funds managed just single-digit returns over that 11-year bear market, if they appreciated at all. They certainly weren't enough to bring your retirement nest to the half-million dollar mark.

So what's the secret?

What's powerful enough to bring about your market-smashing advantage?

...it's the same three things Paul figured out.

There is one small problem about retirement funds that you seem to overlook, the RMD. I estimate that when I'm 70, that amount will be around 32500, based on the combined value of my retirement accounts. That mandatory withdrawal will increase my income and push me into a much higher tax bracket.

But, as my broyther in law told me, its better to have the money and pay the tax than worry about running short.

I've been a subscriber for only a few months and generally pleased with my results.

What about investing in gold and other precious metals and gems…?