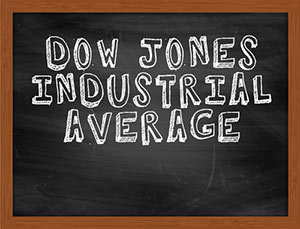 The Dow Jones Industrial Average today climbed higher despite rising geopolitical concerns between the United States and China. The dispute is over an underwater drone.

There were also reports Russia's ambassador to Turkey had been shot in the Turkish capital of Ankara.

But investors mainly kept an eye on U.S. Federal Reserve Chair Janet Yellen and what to do after the Fed's recent rate hike. Yellen spoke at the University of Baltimore in a speech titled "The State of the Job Market."

Yellen said it was the strongest time in roughly a decade for young Americans to be entering the job market.

The markets are trying to keep up the momentum after six straight weeks of positive gains.

Since the November 2016 election, the S&P 500 has rallied on increased optimism that President-elect Donald Trump's plans to bolster infrastructure spending and reduce red tape, regulations, and bureaucracy will help fuel economic growth. As Trump's cabinet continues to sharpen its knives to cut the Dodd-Frank Act and other regulations, his team should take some precautions. Money Morning Capital Wave Strategist Shah Gilani offers his plan to streamline Washington and avoid another financial crisis. Be sure to check out his insight, right here.

A new report by the Committee for a Responsible Budget suggests that rising interest rates could create a new set of headaches for Congress and worsen the nation's financial conditions. The watchdog group argues that interest rate payments on debt could become one of the government's largest line items in the years ahead. This would force the nation to increase taxes, slash entitlement spending, or borrow even more money to address the financial shortfalls.

The report comes a week after the U.S. central bank increased interest rates for the second time in a decade. While this could create problems in Washington, investors should learn the best way to improve their own financial situation by knowing how to invest after an interest rate hike.

Crude oil prices were flat on Thursday as a rising dollar weighed on trader sentiment.

Meanwhile, Brent crude eased below $55.00 per barrel thanks to improving strength of the U.S. dollar. Investors continue to monitor the progress of the OPEC crude oil deal designed to cap excessive production among global oil producers. Money Morning Global Energy Strategist Dr. Kent Moors has already forecast a stronger oil price in the year ahead. However, investors need to pay attention to a major energy crisis about to grip one of Europe's largest economies.

Money Morning Resource Specialist Peter Krauth has broken down the recent decline in silver prices after the Federal Reserve's rate hike and argues that the tough times for the industrial metal could soon be coming to an end. More importantly, he offers his 2017 silver price forecast.

This morning, a French court found International Monetary Fund (IMF) head Christine Lagarde guilty of negligence charges. The case dates back to a 2008 event when she was the nation's finance minister. Lagarde had failed to oppose an unusual 400 million euro ($417 million) payout to a business tycoon. Though Lagarde received no sentence, she is the third consecutive head of the international agency to find herself in legal trouble. She has denied any negligence.